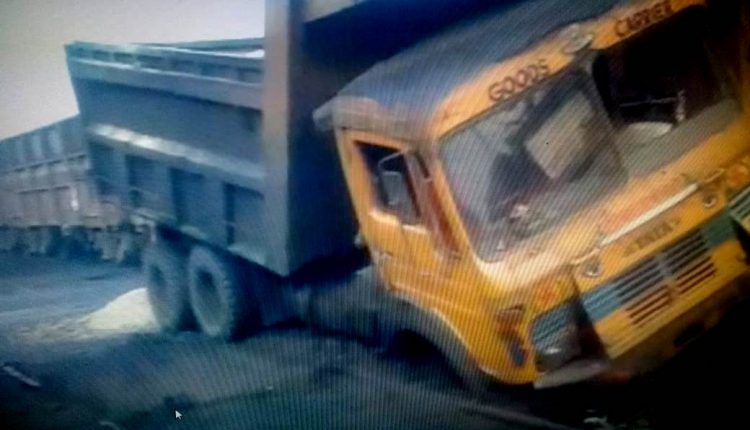 Paradip: A dumper driver was critically injured after a goods train hit his vehicle at Paradip port in Jagatsinghpur district on Monday night.

According to sources, the dumper was engaged in transporting limestone. It was on way to Plot-8 in the port’s prohibited area when it was hit by the goods train from behind and dragged to a distance.

Following the incident, some workers rescued the driver and admitted him to Port Hospital. He was later shifted to SCB Medical College and Hospital in Cuttack after his health deteriorated.

The port workers alleged that such accidents take place because the railway authorities have not taken any safety measures.