Gopalpur All Decked Up Ahead Of 5-Day Beach Festival; Check Performances & Parking Facility 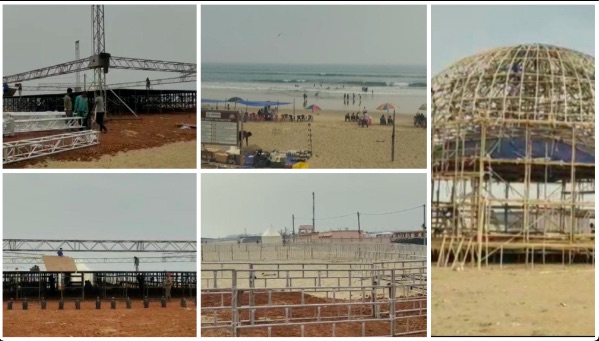 Berhampur: Gopalpur in Odisha’s Ganjam district has been decked up as a bride for the 5-day beach festival from December 24-28. The roads from the entry point of Gopalpur to the beach have been lit up and the walls are colourfully decorated.

The entire venue is being decorated and the event promises to be a star-studded affair with several Bollywood entertainers scheduled to grace the stage. The Ganjam administration is taking all steps to make the festival a grand success. 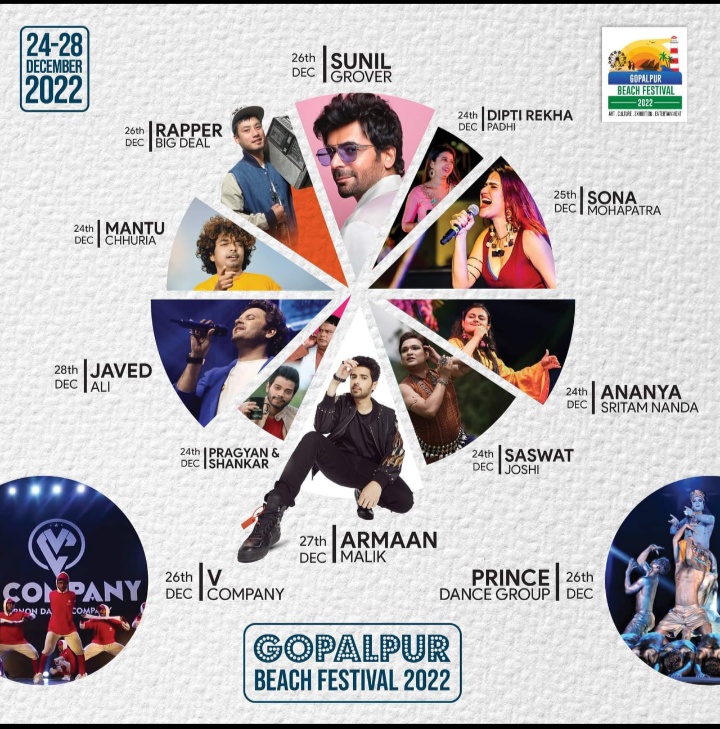 Besides, 250 stalls are being readied for the Palli Shree Mela and special arrangements are being made for the SHG groups. Special buses, drinking water facilities, and restrooms are being provided to the SHG members.

Special arrangements are also being made to provide temporary parking slots for the vehicles. The two-wheelers coming from Berhampur would be diverted at Narayanpur through Haripur. The visitors can reach the festival venue through a nearby bridge. However, the four-wheelers coming from Berhampur are to be parked at the Gopalpur New Bus Stand and slots prepared near the ‘Nandi’ statue.

According to sources, 32 CCTV cameras have been installed for surveillance and these would be controlled by personnel in 3 control rooms at Gopalpur College, Om Sai College and Haripur Cyclone Shelter Centre. “A total of 15 platoons of police force, 35 officers and 12 inspectors will be deployed to maintain law and order during the festival,” said Additional SP Ramesh Chandra Sethi.