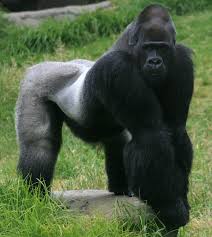 Several gorillas at the San Diego Zoo Safari Park have tested positive for the coronavirus. This is believed to be the first known cases among such primates in the United States and possibly the world, Hindustan Times (HT) reported quoting PTI.

Eight gorillas that live together at the park are believed to have the virus and several have been coughing, The park’s executive director, Lisa Peterson, told The Associated Press on Monday, the report added.

The infection may have come from a member of the park’s wildlife care team who also tested positive for the virus but has been asymptomatic and wore a mask at all times around the gorillas. The park has been closed to the public since December 6.

Veterinarians are closely monitoring the gorillas and they will remain in their habitat at the park, north of San Diego, Peterson was quoted as saying. For now, they are being given vitamins, fluid and food but no specific treatment for the virus.

“Aside from some congestion and coughing, the gorillas are doing well,” Peterson said further.

The gorillas infected at the San Diego safari park are western lowland gorillas, whose population has declined by more than 60% over the last two decades because of poaching and disease, according to the World Wildlife Fund.