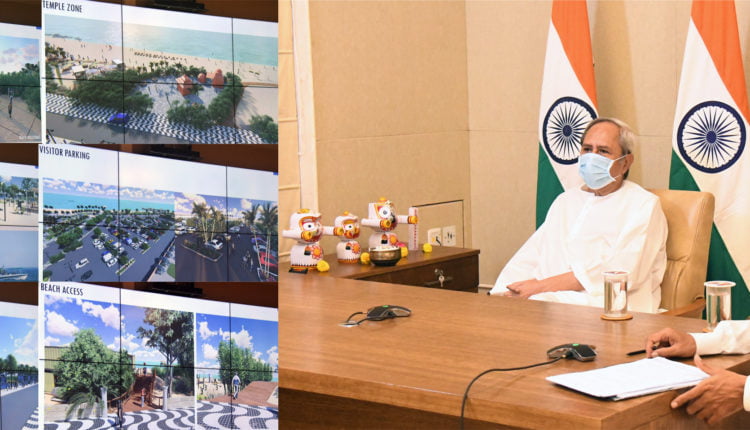 Bhubaneswar: The Odisha government had drawn up an ambitious plan to promote beach tourism at Chandrabhaga and Talasari.

Chief minister Naveen Patnaik held a high-level meeting in this regard through video-conferencing here on Tuesday. It was revealed at the meeting that Chandrabhaga beach on Puri-Konark marine drive and Talasari-Udaipur beach in Balasore will be developed into international tourists attractions.

According to the master plan for Chandrabhaga project, water sports, cycle track, wooden walking path, open theatre, children’s park, adventure sports and gallery to see the sunrise will be developed on the beach.

Besides, the area will be powered with solar energy and have waste management facility and landscaping for the tourists who can visit the sites in day time only. The project is targeted to be completed within a year.

Similarly, s stretch of 2.4 km along Talasari beach will be developed to attract tourists to stay for longer period. Star hotels will be constructed for comfortable stay of the tourists. It will have pavilions, rain shelters, kiosks, sitting islands, amphitheatres and restaurants. An art and craft plaza will also be built under the project to be completed by October, 2021.

The chief minister directed the departments concerned to work in coordination to complete the two projects within deadline. He also told to develop Pir Jahania and Niladri beaches in Puri district and Haripur and Patisonepur beaches in Ganjam district as blue flag beaches.

Odisha Govt To Present Next Budget In Assembly On Digital…