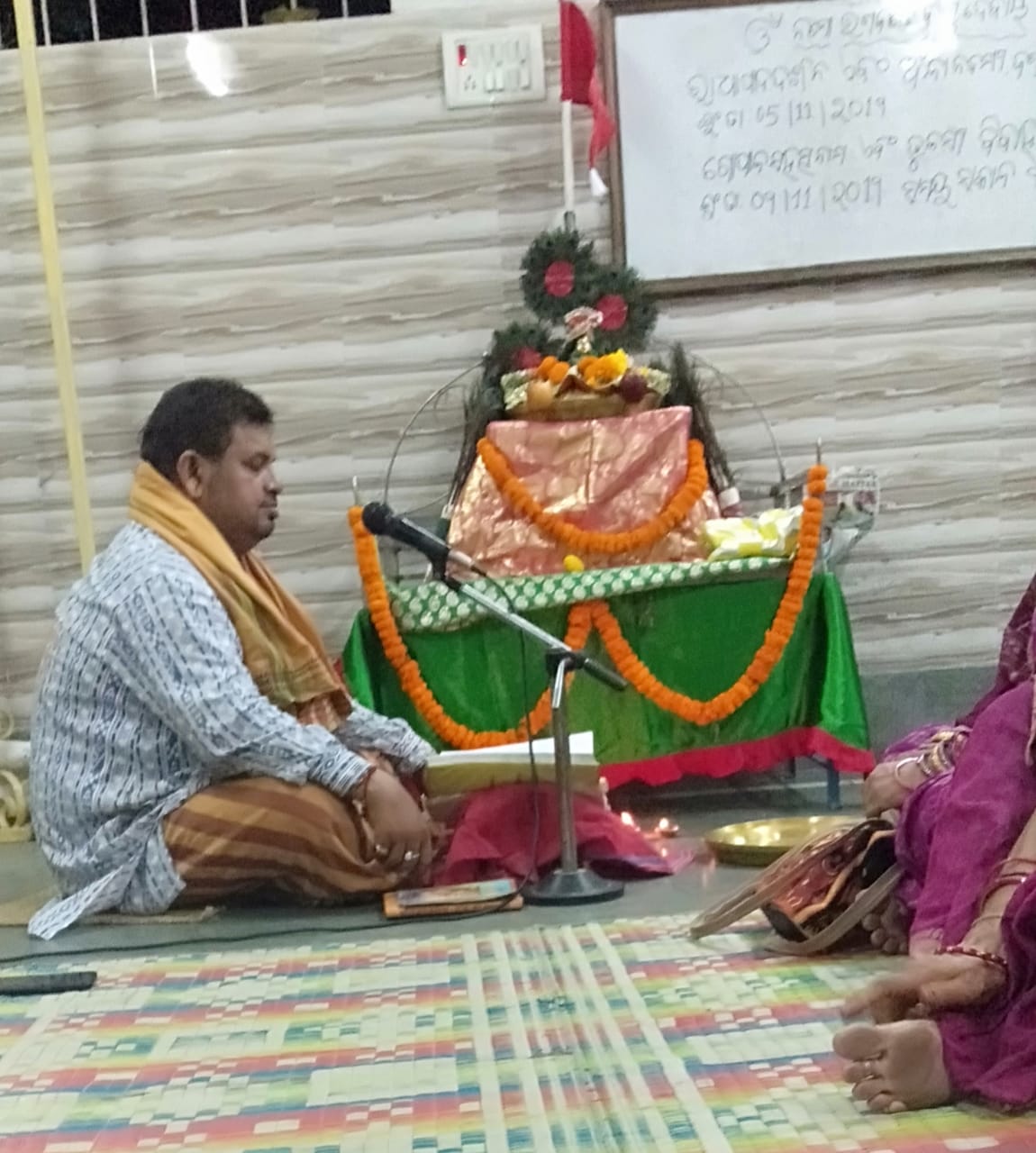 Sambalpur: Devotees thronged the Radha Krishna temple in town to partake in the Govardhan puja celebrations on Monday.

Also referred to as Annakut puja, it’s celebrated a day after Diwali on the first lunar day of Shukla Paksha (bright fortnight) in the Hindu month of Kartik.

During the festival, the temple is decorated and special rituals are held to commemorate the Giri Govardhan episode from Lord Krishna’s life. The episode not only showcases the Lord’s prowess in lifting the mountain with a single finger, but presents his love for nature as well.

Debendra Nanda, the priest of Radha Krishna temple, informed, “Every year, we celebrate Govardhan puja here without fail. To show our love for Lord Krishna, we make a symbolic Giri Govardhan from cooked rice or khichidi. Then we use edible leaves like tulsi and amla to decorate it like the forest cover on a mountain.”

Explaining about the rituals for the occasion, Panda said, “We offer our prayers to Giri Govardhan, followed by the Bhagavat Path (reading) of the specific chapter on Krishna’s ego fight with Lord Indra. After the traditional prayers, we conduct an aarti. The symbolic Govardhan becomes our ‘Annakut’ prasad and is served to the devotees. Since it comes just after Diwali, we offer special puja in the evening for the convenience of devotees.”

Sambalpur-based Krishna devotee Gita Das has her own perspective on the festival. “The Annakut festival is mainly Krishna puja .It gives us another opportunity to worship the Lord. Krishna has his own way to incorporate good things in our lives and by this episode in his life, he wants to teach his devotees to love the environment and protect it,” she said.

“The Lord indulged in different leelas to make his devotees understand the essence of his message. During this festival, the message that Krishna gives us is that food is the basic necessity of all living beings. Nature serves food to all and there is a specific role for everything in this cycle, be it rain, soil, forest or mountain. Everything is equally important for our sustainability and this is what Krishna wanted us to understand through this Govardhan leela,” added another devotee, Pankajini Ratha.

According to Bhagavat Purana, cowherds dwelling close to Mount Govardhan used to celebrate autumn by praying to Lord Indra, the god of rain and storm.

Krishna did not approve of this and urged the villagers to worship Govardhan instead, arguing that the mountain provided the natural resources for their livelihood.

The villagers readily accepted this advice, which made Indra very angry and he triggered thunderstorms and heavy rains in the area. To protect the people from the storm, Krishna lifted Mount Govardhan on his little finger and provided shelter to the people and cattle in the area. After seven days of continuous downpour, Indra saw the people of Gokul were unaffected and accepted defeat. He then stopped the rains and this day is therefore celebrated to pay respect to Lord Krishna and Mount Govardhan.

It is said that since Lord Krishna did not move for seven days while holding the mountain, he did not eat a single morsel of food during that period. So the devotees decided to make up for it by serving him a lavish Chappan Bhog (a meal consisting of 56 items).