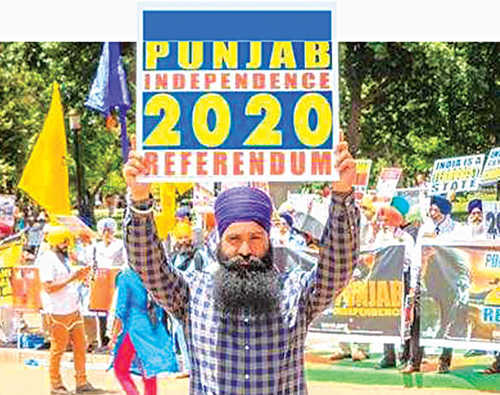 New Delhi: The government has blocked 40 websites linked to Sikhs For Justice (SFJ) — a pro-Khalistan group — on Sunday. The group had launched a campaign pushing for Sikh Referendum 2020 to register supporters for its separatist agenda.

The US-based organisation had declared July 4 as the inaugural day for registration of referendum on Khalistan.

Sikhs For Justice (SFJ), an unlawful organization under the UAPA,1967, launched a campaign for registering supporters for its cause. On recommendation of MHA, MeitY has issued orders under sec. 69 A of the I.T. Act, 2000, for blocking 40 websites of SFJ@AmitShah @HMOIndia

News agency PTI reported that the home ministry had banned the SFJ for its alleged anti-national activities, last year.

Earlier this week, the Centre had declared nine Khalistani terrorists, including SFJ’s Gurpatwant Singh Pannun. According to a report by Hindustan Times, he has been spearheading the campaign for a separate Khalistani state, as ‘individual terrorists’ under recently amended fourth schedule of UAPA (Unlawful Activities Prevention Amendment Act). Eight others were designated as individual terrorists under UAPA Act.

The Ministry of Electronics and Information Technology (MeitY) is the nodal authority for monitoring the cyber space in India.