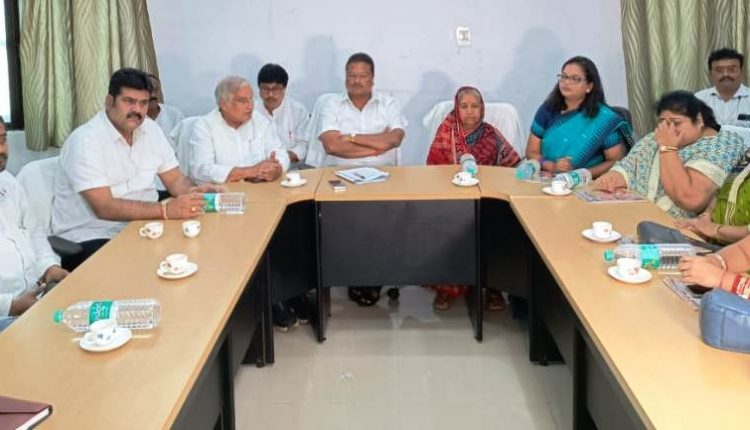 Berhampur: In order to make its welfare schemes reach the labourers, the Odisha government has planned to open labour office in 150 blocks of the state.

This was stated by Minister of State for Labour and Employees’ State Insurance Srikant Sahu while speaking at a review meeting of the Ganjam district labour department in Berhampur on Saturday.

An assistant labour officer (ALO) will be appointed in each block labour office and they would function under respective BDOs. The ALOs will be responsible for implementation of the government’s labour welfare schemes and will submit their daily reports to the BDOs.

Stating that chief minister Naveen Patnaik has been stressing on development of the labourers of the state, the minister said the government would sanction Rs 800 crore for the assistance of construction workers in addition to Rs 3,500 crore already granted.

“Since a lot of skilled workers from Ganjam are engaged in various works at Surat in Gujarat, the Odisha government is in discussion with its Gujarat counterpart to open a labour office there. As soon as Gujarat government grants permission, the works on labour office would start,” he said.

Stating that the government targets to declare Odisha free of child labour by 2025, Sahu said raids on the units involved in illegal practice have been intensified and awareness campaign strengthened. He directed the officials concerned to coordinate distribution of identity cards and payment of assistance to the labourers.