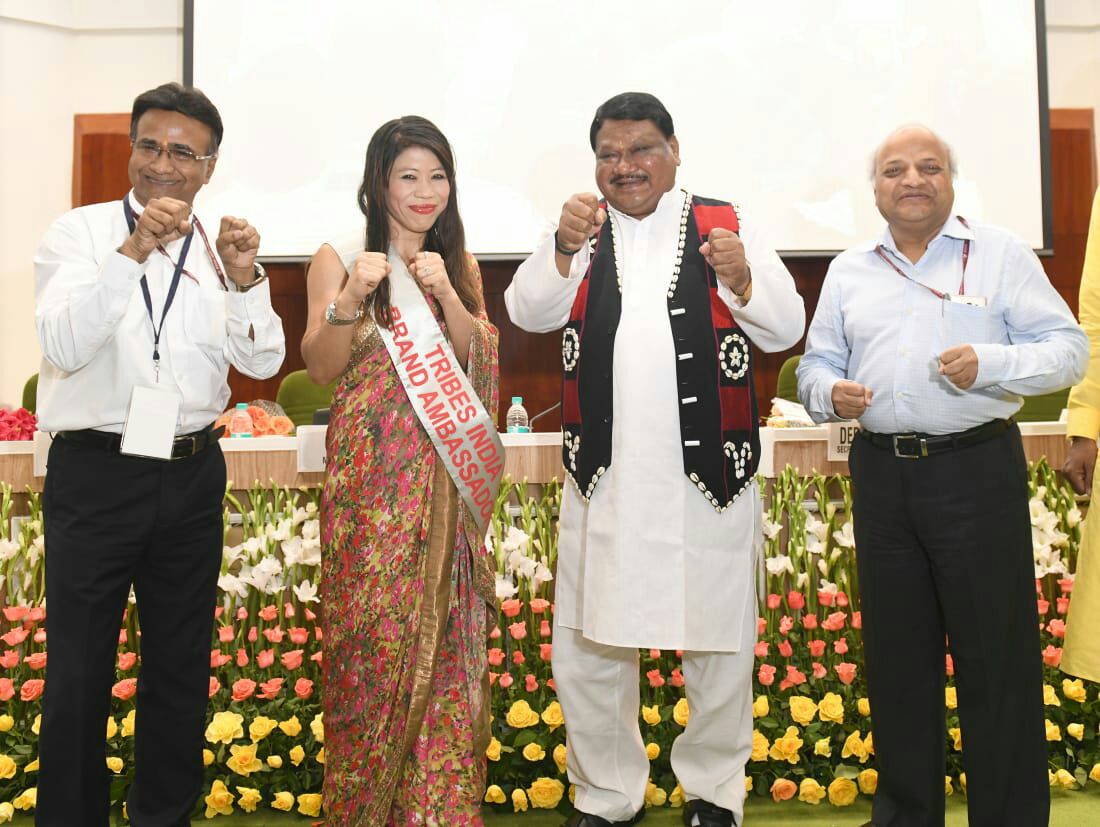 An initiative of Ministry of Tribal Affairs, it sells tribal products at its exclusive outlets and online store.

“I am so happy to be a brand ambassador for Ministry of Tribal affairs for a good initiative,” said the five-time world champion.

Being from Manipur, she hoped that her association with Tribes India will bring about a great change in the life of tribal community, financially and economically.

“I will try from my end to help the tribal people to come forward,” she added.

Tribal Affairs Minister Jual Oram inaugurated the ‘Punch Tantra’ collection, a range of ethic and traditional tribal handicrafts and handloom products, and said that such an initiate can be a game-changer in the country’s economy if utilised properly.

Another BJD Leader Hits Out At Young Leaders