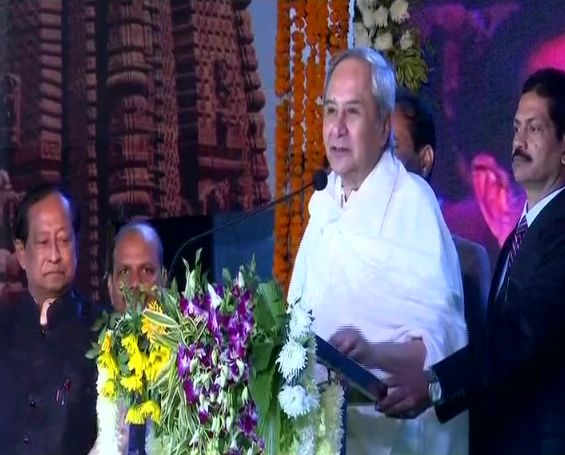 Share
Bhubaneswar: Chief Minister Naveen Patnaik on Monday announced a set of initiatives for the Odia-speaking population in Gujarat, including extending the benefits of Biju Swasthya Kalyan Yojana (BSKY) to them, at a well-attended event in Surat.
He said his government will take steps to extend the benefits of the healthcare scheme to Odias’ across the country, including those in Surat, as he sought to silence the critics who had questioned the efficacy of the scheme beyond the state.
Earlier in the day, Gujarat Chief Minister Vijay Rupani, who was in Bhubaneswar, had slammed Naveen for ignoring the Centre’s Ayushman Bharat programme and said the benefits of BSKY can only be availed by people inside the state and not by Odias in Gujarat.
Addressing over a lakh people in the Diamond City, Naveen said the state government ran health scheme that was non-discriminatory in nature befitting both APL and BPL families.
The Chief Minister’s visit to Gujarat is being seen by the Opposition as an attempt by the ruling party to reach out to the Odia voters both in Gujarat and in Ganjam district ahead of the assembly elections due in the next five-six months. Both the Congress and the BJP had termed his visit as a political gimmick.
Inaugurating the Odia Mahotsav celebrations, Naveen informed the crowd that he had written to his Gujarat counterpart for allocation of land to set up a community centre for Odias in Surat. He said his government had earmarked Rs 10 crore for the project.
He said his government was also considering a proposal to allow Odia students in Surat take up tmatriculation exams in Odisha and provide Odia books to them. Besides, his government was considering opening a Plus II college there.
He also informed the crowd about his request to the Centre for starting two new trains between Berhampur and Surat and flights between Bhubaneswar and Surat.
Hailing the skilled workforce of the state and their contribution towards the economic progress of both Odisha and Gujarat, the Chief Minister said Odias have carved a distinct identity for themselves across the country through their efficiency and hard work. “The Odia society is today marching ahead with confidence,” he said.
Naveen started his speech by paying obeisance to Mahatma Gandhi and demanded inclusion of non-violence in the preamble of Indian constitution. He said such a step would be a perfect tribute to Gandhi on his 150th birth anniversary celebration.
“I am happy to be in Bapu’s birthplace. What can be a more fitting tribute than including Ahimsa which Bapu preached in the preamble of the Constitution,” he said to thunderous applause, apparently targeting at those spreading hatred on the lines of caste and religion in the country.
Earlier in the day, Naveen visited Sri Satya Sai Heart Hospital in Ahmedabad and interacted with Odia children undergoing treatment there.
Biju Swasthiya Kalyan Yojana
Share FacebookTwitterGoogle+ReddItWhatsAppPinterestEmail