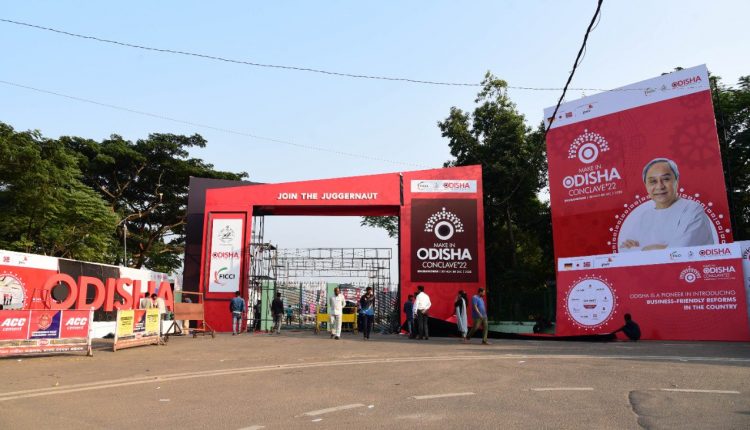 Bhubaneswar: A bigger and grander ‘Make in Odisha’ conclave 3.0 will kick off at Janata Maidan here on Wednesday,

According to official sources, investors can explore opportunities in 26 sectors, including metal downstream, chemicals and petrochemicals, textiles and apparel, food processing, pharmaceuticals and healthcare, electronics system design and manufacturing (ESDM), IT/ITeS and renewable energy, at the third edition of the conclave, which is being held after a gap of two years.

The state conducts ten roadshows, including one in Dubai, as a curtain raiser to the event.

The government is ready with seven sectoral policies to attract investment in the sectors.

Notably, nine countries are participating with their delegations while Japan, Germany and Norway have partnered with the Odisha government for the five-day event being organised in collaboration with FICCI.

Following the inauguration, Chief Minister Naveen Patnaik is scheduled to host a plenary session with CXOs and business leaders from across the country on December 1.