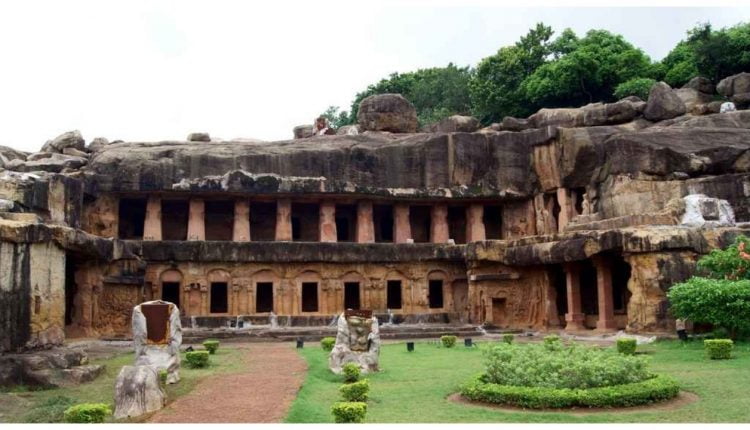 Bhubaneswar: In an effort to beautify and preserve heritage sites Khandagiri and Udayagiri in the heart of the Capital city, the Bhubaneswar Development Authority, Archaeological Survey of India, Bhubaneswar Municipal Corporation in association with the Works Department  had evolved a project about  two decades back.

The 2003-04 plan envisaged closure of the road between the hills to restore the Buddhist and Jain monuments atop the hills and creation of a parking place at the foothills for the benefit of tourists. The project, however, remained buried, thanks to bureaucratic amnesia.

Initially, objections were raised over construction of a flyover near the heritage sites. In view of the  increasing population in the city and its expansion towards Khurda, the flyover was allowed to be built to prevent traffic congestion at the busy Khandagiri Junction on National Highway 16. Sadly enough, the restoration of the Heritage sites were put into the backburner and no efforts were made to revive the first blueprints and masterplan for the ancient structure.

Heavy vehicles that pass through the hill slope between Khandagiri and Udaigiri leading to Kalinga Studios cause immense damage to the historical monuments. Frequent road mishaps on the busy junction also impact the Heritage sites.

When contacted, Public Works Executive Engineer Purnachandra Dalai said a barricade built to prevent movement of heavy vehicles was demolished by some unscrupulous truckers and this has increased the number of road mishaps at the spot.

According to researcher Anil Dhar, movement of heavy vehicles and construction of multiplexes and buildings within a radius of 500 metres from the Heritage site will severely impact the monuments.