Groups With Vested Interest Agitating In The Name Of Farmers In Odisha: Minister 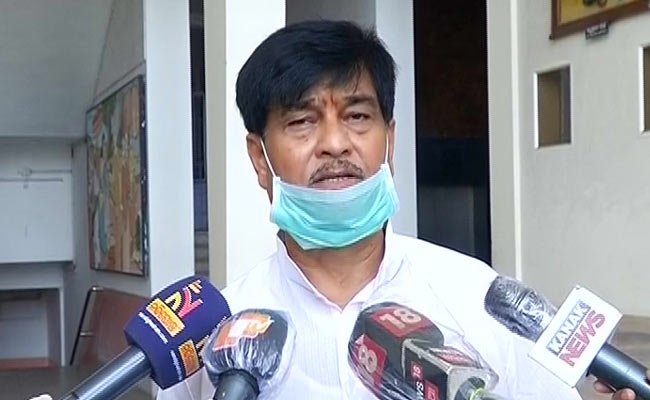 Bhubaneswar: State Food Supplies and Consumer Welfare minister Ranendra Pratap Swain on Saturday said that some groups with vested interest are agitating in the name of farmers on matters relating to issue of tokens to farmers and irregularities in paddy procurement in Odisha.

Swain told mediapersons that to ensure transparency in paddy procurement, a senior officer has been posted in each district to oversee the process. These officers solve problems of farmers if they have any issues.

Referring to the farmers’ agitation, he said that the farmer leaders are requested to convey their grievances to these officers.

On farmers’ demand to revise the per acre yield of paddy for procurement, the minister said that the state government has tentatively fixed the procurement of paddy at 19 quintals for irrigated areas and 12 quintals for rain-fed areas on the basis of decision taken at the district level procurement committee (DLPC).

“Had the farmers raised the issue at the DLPC prior to procurement, the government would have taken the decision accordingly. Now that more than 56 per cent paddy has already been procured in 16 districts, it is not possible to revise the decision as this is a statutory provision of the law,” he pointed out.

Explaining the allegations that some registered farmers have not been provided with the online token for procurement of their paddy, Swain said that they will be given the token after verification of their plot, bank account and Aadhar cards.

The district collectors have been asked to verify the documents. Once the collectors issue a notice following verification, tokens will be provided within 24 hours, he added.

Giving details on the status of procurement, he said that till December 5, the state government has procured 4,68,110 metric tonne of paddy from 71,744 farmers in 16 districts and an amount of Rs 570 crore has been debited to their bank accounts.

Procurement in the remaining 14 districts will begin after a meeting of the DLPC.