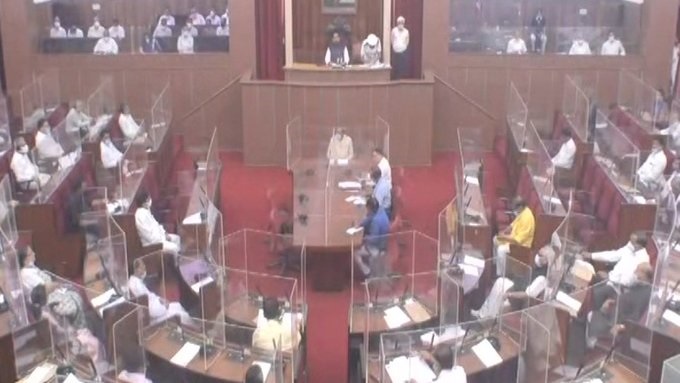 Bhubaneswar: The GST on puffed rice (mudhi) and flattened rice (chuda) dominated proceedings in the Odisha Assembly on Monday with the House adjourned till 4 pm after opposition BJP and Congress MLAs created a ruckus over the issue.

As soon as the House assembled, BJP and Congress members created a ruckus over the Central government levying GST on mudhi and chuda.

The opposition MLAs termed the step as “anti-poor”.

As the din continued, Speaker Bikram Keshari Arukh adjourned the House till 4 pm.