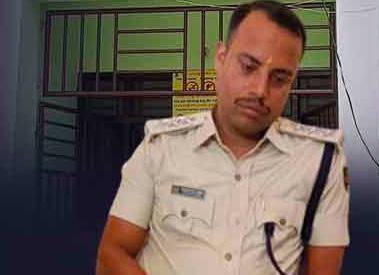 Puri: Amid the crackdown on the illegal narcotics trade in Odisha, an Excise Inspector has shot off a letter to the Excise Commissioner of Odisha, accusing police personnel of collecting bribes from smugglers of liquor, ganja and other contraband items.

“While carrying out raids in Puri district in the past one year, I found that whenever we arrest any excise offenders, they said they are giving huge monthly money to the police station staff,” wrote Sanjaya Panda, Excise Inspector of District Mobile Unit here.

Panda also highlighted that Excise Department has only 20 to 25 staff and two vehicles in Puri. “As a responsible officer of Excise Department, I feel very disregarded and discouraged while doing my duty with limited staff and less salary without any reward and recognition, accommodation and service vehicle as compared to that of police personnel.”

Stating that he had brought the matter to the notice of Puri SP and Collector, he urged the Excise Commissioner to take necessary action in this regard at the earliest.

Aswini Patra, who was sworn in as Excise Minister on Sunday, said, “As I took charge of the department yesterday, I am unaware of the matter. But I will certainly look into it.”

Forest Dept Doesn’t Know The Number Of Elephants In Odisha; Know Why

From Being Called A ‘Deshdrohi’ To Going Bankrupt, Sunil Dutt Braved It All