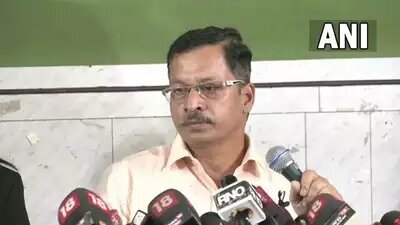 New Delhi: Seeking justice for this daughter Shraddha Walkar, who was brutally murdered by her live-in partner Aaftab Poonawalla, her father, Vikas Walkar Friday called for maximum punishment against the accused and anyone else involved in the crime. “Aaftab must meet the same fate as my daughter. He must be hanged. The police must also probe the roles of his family members, his father, mother and brother, to see if they are involved in anyway or any other person is involved in the crime,” Vikas said while addressing a press conference in Mumbai along with BJP leader Kirit Somaiya. These are his first public comments on his daughter’s death.

He also questioned the “freedom” that people get on turning 18 years old, saying it should be given more thought. Walkar demanded action against some mobile applications which are “creating trouble”.

“There should be counselling and control over children who turn 18. My daughter told me while leaving home that she was an adult, that’s why I am saying this,” he said, adding that “what happened to him” shouldn’t happen to anyone else.

“Before leaving home, I had a conversation with Shraddha. I said he isn’t from our community, don’t stay with him. She said I want to stay with him,” he added.

While satisfied with the direction of the probe now, Walkar said he was upset with laxity initially. “The probe so far by Delhi and Vasai police is going in the right way. Still, Vasai police Nalasopara police were lax in the probe, I am upset at that. Due to this, my daughter could not be saved. It would have helped me get some proof,” he said.

Walkar said the Delhi Lieutenant Governor and Delhi police officials, and now Maharashtra Deputy Chief Minister Devendra Fadnavis, have assured that we will get justice.

One Airport In Odisha Among 58 Covered Under Krishi Udan 2.0 Scheme