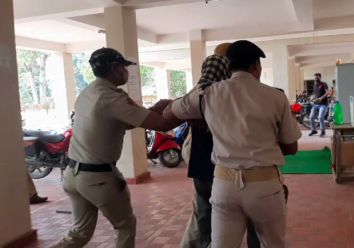 After the arrest of the prime accused, survivor Anjana Mishra in her first reaction said, “Biban should be hanged till death. I feel relieved and happy that he is arrested. The CBI sat over the case. I thank the Commissioner of Police and his team.”

Notably, Commissioner of Police (CP) Sudhanshu Sarangi in a media brief on Monday said Biban was arrested from Aambi Valley at Lonavala in Mumbai.

The operation was launched three months ago and a special team led by Badambadi police station IIC Rashmi Ranjan Mohapatra left for Mumbai on February 19, informed the CP.

Along with Maharashtra police, Odisha police launched operation and arrested him today.