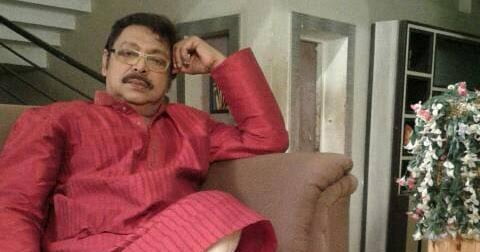 Bhubaneswar: A household name in Odisha and known for his impeccable performance, veteran Ollywood actor Mihir Das is on cloud nine on his recent joining in politics.

One of the most engaging and versatile actors of Odia cine industry and known for playing positive and negative characters with panache, Das is associated with a number of television programmes.

Asked about his decision to join the BJP, he said he was mighty impressed by the dynamism, idealism and deft leadership of Prime Minister Narendra Modi.

“I was willing to join politics and I became very happy after getting the offer from the BJP. Gradually, I will be acquainted with the party works. Though I know that managing politics and acting simultaneously would be tough, I am confident of overcoming them,” he said while attending Modi’s monthly radio programme ‘Mann Ki Baat’ at Sikharchandi in Bhubaneswar on Sunday.

He further added he will be more selective while choosing the roles for films. “I am committed to my work. Being in the industry for more than three decades, I want to create more opportunities for the filmmakers,” he pointed out.

Asked about his priority he would give if he comes to power, Das said his first priority would be to increase the number of cinema halls in Odisha.

With more than 200 films to his credit, Das has won several awards including the State Award.

Art And The City

White Rhino, African Lion To Be New Guests At Nandankanan

Elephant Menace Shuts Down All Schools In Odisha’s Korei

Centre To Take Up Konark Temple Conservation Work With ASI