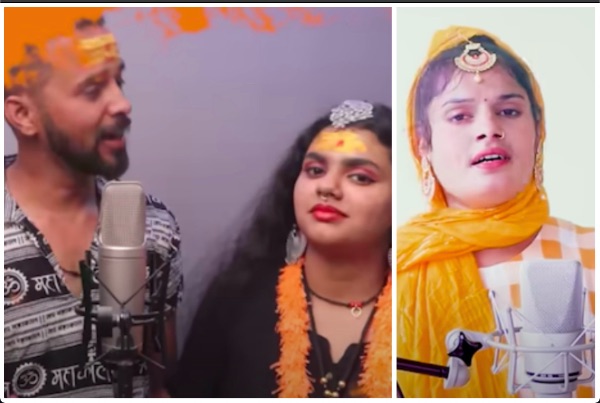 Bhubaneswar: After the alleged fatwa for singing ‘Har Har Shambhu’, Farmani Naaz of Indian Idol fame has run into another trouble with a composer from Odisha intending to sue her over Copyright violation.

A song by the same name rendered by Keonjhar girl Abhilipsa Panda, which made her a social media sensation, has been composed by Jeetu Sharma. The ‘Shiva Stotra’, which was uploaded on April 19, has garnered more than 8 million views. Farmani, a resident of Muzaffarnagar in Uttar Pradesh, on the other hand, uploaded the music cover on her YouTube channel on July 24 during the Kanwar Yatra.

“I had composed the song in April sitting in my shop after picking lines from traditional chants and recorded it in Abhilipsa’s voice on April 16. It was first struck my YouTube over copyrights issue, which was later resolved and the video was available on April 19,” Jeetu told a local channel.

Jeetu said that he is happy that a Muslim woman has sung ‘Shiva Stotra’ but claiming it to be her composition is not right. “She claimed on national media that she has penned the song and composed the music, which is very similar to ours. I am consulting my lawyer and will initiate legal action,” he added.

Jeetu and Abhlipsa hail from Barbil. Not only is their song the most heard on YouTube, but also trending on Instagram reels today. The composer has added dubstep beats to the song to give a western feel and make it appeal to the younger generation.

Depression Over BoB: Warning Issued For 4 Ports In Odisha