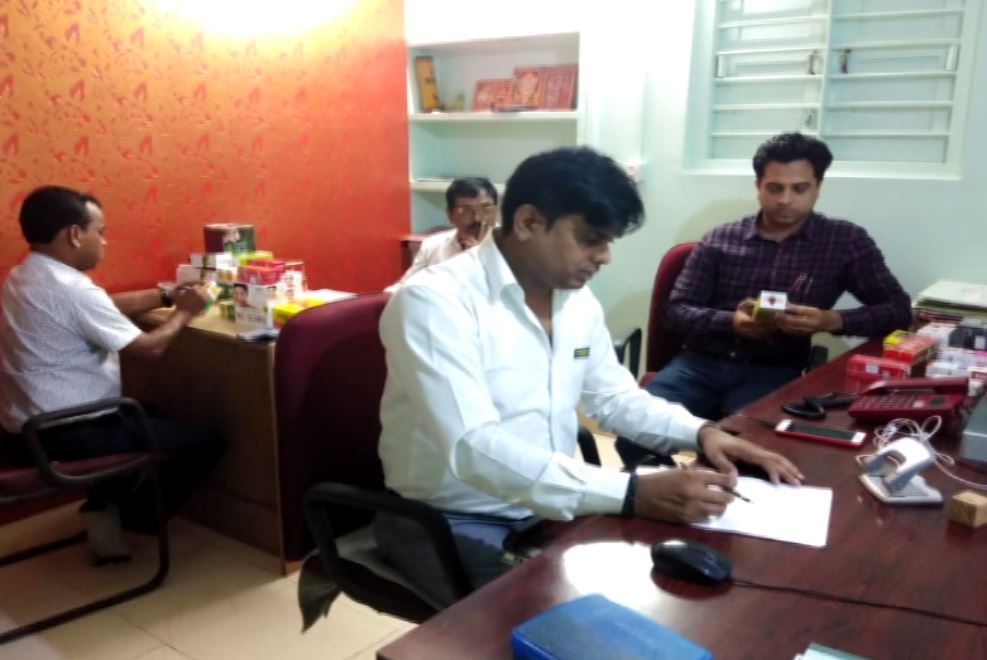 Bhubaneswar: A team from the Directorate of Drugs Control raided a pharmaceutical unit at Bomikhal in the city and collected samples of nine cosmetic items for tests.

Sources said the raid on Torque Pharmaceuticals followed complaints by customers of suffering side effects after using cosmetics sold by the company.

Drug inspector Sudarshan Biswal said the cosmetic items sold by Torque Pharmaceuticals contained steroids and other chemicals that should be used only on the advice of a doctor. But the company did not examine the composition of these cosmetics and sold them to unauthorized agencies.

“These cosmetic items have the properties to whiten the skin. But their frequent use will darken your skin and increase your body weight. Besides, there will be a number of other side effects,” Biswal added.

Biswal informed that a case was registered against the company for not renewing its license. “The Drugs Controller has directed us to continue the raid on other agencies involved in such illegal business,” he said.

He further said that while some of the samples will be tested in the state drugs control laboratory, others will be sent to Chennai.

The drug inspector also cautioned people against using these cosmetic items and seek the advice of medical practitioners about the permissible doses of chemicals.