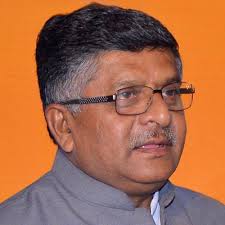 Bhubaneswar: The Centre will take necessary steps in setting up a permanent High Court bench in undivided Koraput district subject to an initiative by the Odisha government, Union Law and Justice Minister Ravi Shankar Prasad has said.

Prasad said this in a response to a written request by Congress MP of Koraput Saptagiri Ulaka regarding the permanent HC bench.

The Union minister said that in accordance with the recommendations of the Jaswant Singh Commission and Supreme Court judgment, HC benches are established after due consideration of a complete proposal from the state government.

The proposal should have details of the infrastructure and expenditure as well as the consent of the Chief Justice of the HC concerned and the Governor of the state.

“The Odisha government had requested time and again for setting up of Orissa High Court bench in western and southern regions of the state and the Centre had communicated the steps taken in this regard to state government in 2018 and the requirement of consultation with the Chief Justice of the High Court was impressed upon to them,” Prasad said.

“Once the state government and High Court communicate their clear views, the Centre will take further action in this matter,” he pointed out.

Piped Water Supply To All Odisha Villages By 2025: Minister