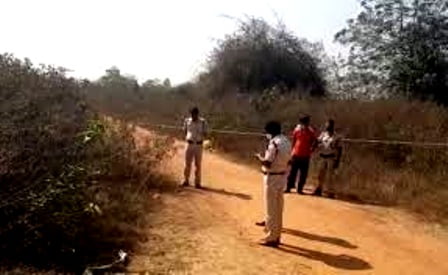 Bhubaneswar: A week after the recovery of the headless body of a woman along the  Chandaka-Bharatpur road on the outskirts of Odisha capital, Commissionerate Police on Wednesday said efforts are on to match the fingerprints of the victim to ascertain her identity.

Speaking to the media, Bhubaneswar DCP Umashankar Dash said the police have decided to match the fingerprint of the deceased can be matched with the National Crime Records Bureau (NCRB) for her identification. However, it is possible if the NCRB has the details of the victim.

Stating that a five-member special team led by a senior officer in the rank of Additional SP is investigating the incident, the DCP said the posters of the victim’s photo have been circulated in several areas of the city and the two telephone numbers — 8280338323 and 8280338296 — have been issued with a request to the people to provide the information about the deceased with an assurance that their identity will be kept secret.

Apart from this, police have announced a cash reward of Rs 50,000 for any information that can help identify the woman, he added.