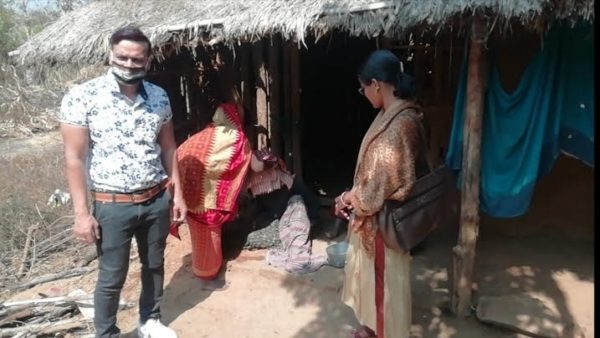 Berhampur: The Ganjam district administration has come to the aid of a poverty-stricken man Dukha Naik of Baliapatta village under Baruda panchayat in Bhanjanagar block after his wife was forced to mortgage their infant son to meet Dukha’s treatment expenses.

Dukha was critically injured in an accident three months ago and his wife Jhili, a daily wager, could not afford his treatment. Jhili sought help from her sister, who agreed to giver her money but wanted to keep the couples’ 5-month-old son as security.

On learning about this unfortunate news from the media, Bhanjanagar Sub Collector Rajendra Milji got Dukha admitted in Bhanjanagar sub-divisional headquarter hospital on February 9 night.

The Sub-Collector also assured that the state government would bear all the treatment expenses.

A medical team from Gallery community health centre (CHC) led by Dr Jagannath Mahapatra visited his house and shifted him to the hospital.

According to hospital sources, steps are being taken to shift Dukha to MKCG Medical College and Hospital Berhampur today. District administration is arranging Rs 10,000 from the Red Cross fund.

Dukha and Jhili have three children, two sons and a daughter. Jhili has thanked the government for coming forward to treat her husband.

MJ Akbar-Priya Ramani #MeToo Case: Verdict To Be Delivered On This Date