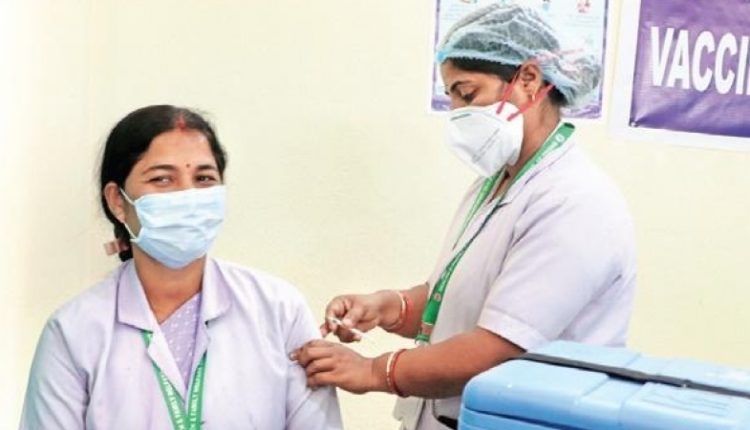 Bhubaneswar: Healthcare workers who refuse to take the COVID-19 vaccine Covaxin will not get the vaccine free of cost here from the government in the future.

The Bhubaneswar Municipal Corporation (BMC) has introduced a form, which is a self-declaration one. “I do declare that I voluntarily refuse to take the government-supplied Covaxin after being aware of the available factsheet and accept the decision that I will not avail myself of any vaccine related to COVID-19 free of cost from government in future,” reads the form.

The form was introduced after it was noticed recently by the civic body and the nodal agency of the vaccination drive that several healthcare workers didn’t turn up to take Covaxin.

According to BMC Commissioner Prem Chandra Chaudhury, the healthcare workers will have to sign the document mentioning his/her designation, mobile number, name of the organisation, office address, etc.

Vaccination refusal is 30 per cent among healthcare workers in Bhubaneswar.

However, according to the healthcare workers, their counterparts in Odisha are taking Covishield, they won’t risk their lives by taking Covaxin, which is still in a trial stage.

“We need to know why rest of Odisha is being given Covishield, which is more credible? If we are given Covishield, we won’t refuse to take it,” a paramedic working at a private facility, who refused to take Covaxin, was quoted as saying by The Times of India.

A total of 19,000 doses have been given to healthcare workers here against the target of 28,000. Wednesday is the last day to meet the target.