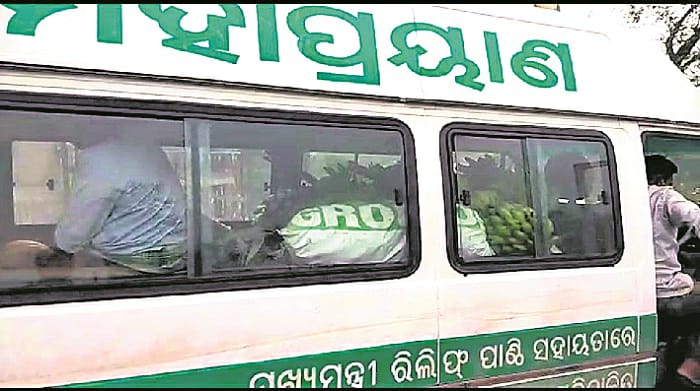 It had transferred a dead body from Cuttack’s SCB Medical College and Hospital. On the way back, residents spotted the hearse filled with vegetables and two vendors sitting inside it.

The irate locals clicked pictures of the hearse and circulated them on social media to highlight the unhygienic and unethical way in which the vegetables were transported to Cuttack.

A local said, “The drivers of vehicles providing emergency service should never be so casual. Instead of ferrying vegetable traders, the first duty of the driver should have been to return to his base as quickly as possible in case someone else would need the vehicle. The driver and helper of the hearse in question must be disciplined.”

According to locals, the vegetables grown in Angul district are quite in demand at Cuttack. So, vendors come here to buy the vegetables and on their way back, they hitch rides on government vehicles to reduce the cost of travelling.

When contacted, the CDMO of Angul DHH, Pratap Kumar Behera, said, “The hearse does not belong to our hospital. However, I will talk with my counterpart at SCBMCH and suggest stringent action against the errant staff.”