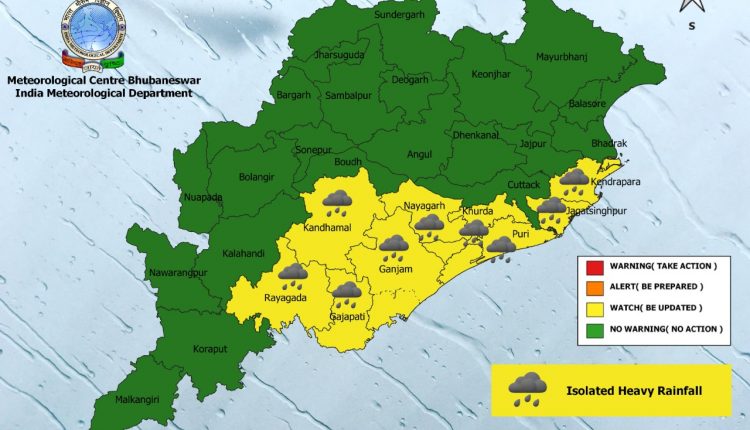 It is likely to move west-northwestwards and concentrate into a Depression over Eastcentral and adjoining southeast Bay of Bengal on November 15, stated the bulletin.

The weather warning for Odisha is as follows:

Heavy rainfall likely at one or two places over the districts of Ganjam, Gajapati, Kandhamal, Rayagada, Puri, Nayagarh, Khurda, Jagatsinghpur, Kendrapada till 8.30 am of November 13.

Heavy rainfall very likely at one or two places over the districts of Ganjam, Gajapati, Rayagada and Kandhamal.

The weather is likely to remain dry n most parts of the state over the next three days, barring light rainfall in a few places.

However, there will not be any large change in minimum temperature (night temperature) during the next 4 to 5 days and it will be above normal by 2 to 3 degree C during next 3-5 days over the districts of Odisha, stated the IMD.