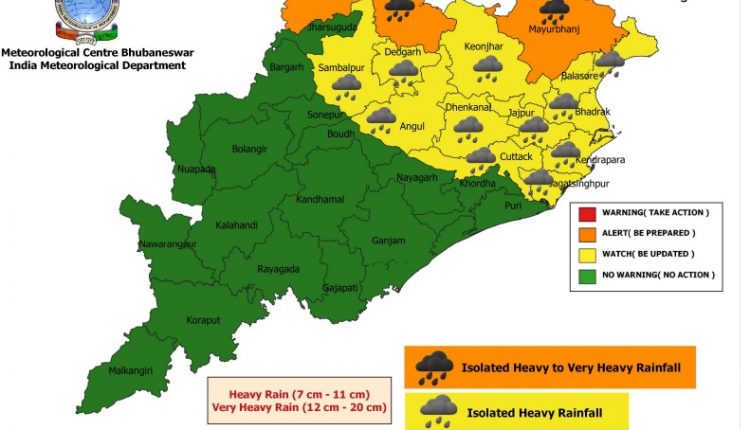 Bhubaneswar: The cyclonic circulation over the North Bay of Bengal is likely to trigger heavy rainfall in several districts of Odisha till August 25, the regional centre of India Meteorological Department (IMD) informed on Wednesday.

The heavy downpour may cause landslides or mudslides in vulnerable hilly areas, temporary water logging in low-lying areas, and occasional reduction of visibility causing traffic congestion in urban areas. The IMD has advised making arrangements to drain out excess water.

Yellow warning for heavy rainfall continues for Keonjhar and Sundgarh districts for the subsequent 24 hours. 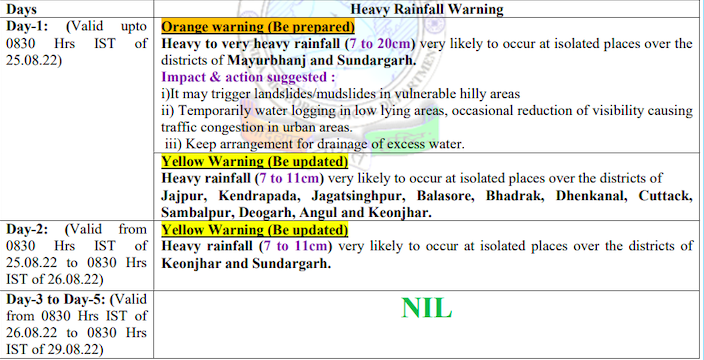 No warning has been issued for the next 3 days.