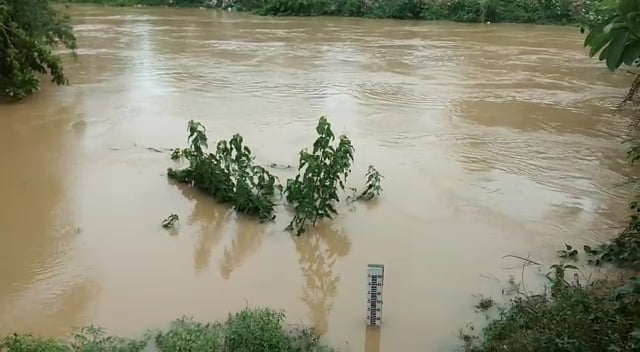 Bhubaneswar: Heavy rainfall since the last 24 hours has triggered flood-like situation in Odisha with the rise in the water level in major rivers.

In Balasore district, the floodwater of Jalaka river was flowing at a height of 6.49 metres as against the danger mark of 5.5 metres at Mathani by 6 am on Wednesday. The district administration has taken all possible measures to tackle the possible flood situation with the overflowing floodwater likely to enter the low-lying areas in Mathani, Sanakhudi, Baharda, Patrajhada, Routpada, Sunderahata, Dudhahansa, Sadanandpur and Paikapada panchayats in Basta block and two panchayats of Paikapada block.

Due to the rise in the water level, the district administration has alerted the people of the riverside villages.

In Keonjhar district, Baitarani at Anandpur was flowing over the danger mark (38.40 metres as against the danger mark of 38.36 metres). On the flood situation in the district, sub-collector Tapan Kumar Nayak allayed said any flood fears. 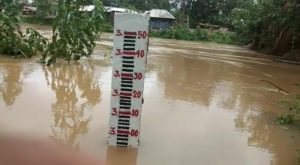 In Sundargarh, vehicular traffic on NH-520 came to a grinding halt after a temporary bridge at Toda was swept away by a flash flood.

In Mayurbhanj, floodwaters of Jarali and Sarali nullah entered houses in low-lying areas of Baripada town in the wee hours of Wednesday.

Due to incessant rain in Similipal, the floodwater of Budhabalanga river has also crossed the embankment and entered the low-lying areas. Apprehending flood situation, the people along the riverside villages have been shifted to cyclone shelters.

In Bhadrak, floodwater of Baitarani has entered three villages under Kenduapada panchayat in Bonth block. Apart from this, several hectares of paddy fields are submerged. In Aradi, floodwater has entered the Akhandalamani temple.

In Khurda, four villages in Orabarasingh panchayat are marooned due to overflowing of Rajua river.

In Kendrapada, floodwater of Chitrotpala river has entered low-lying areas in the district.

Actor Was ‘Drugged’, This Ultimately Led To His Death: Sushant’s Family Lawyer