Heavy Rainfall In Coastal Odisha In Next 72 Hours, Monsoon Likely To Reach On June 10 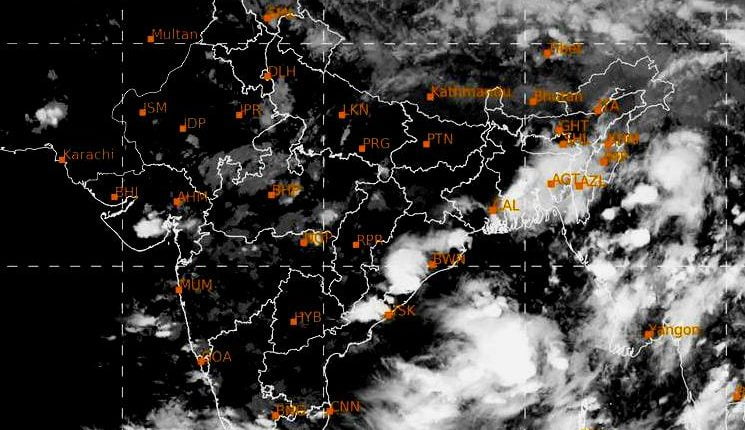 Bhubaneswar: The India Meteorological Department (IMD) on Saturday issued heavy rainfall warning in the coastal districts of Odisha in next 72 hours under the influence of a low pressure which is most likely to form over the east-central Bay of Bengal on June 8.

“A cyclonic circulation over east-central Bay of Bengal and adjoining north Andaman Sea is most likely to develop into a low-pressure area around June 8. In association with this system, there will be enhanced rainfall activity with heavy rainfall from June 10 over Odisha,” the IMD said in a mid-day bulletin.

The IMD said the conditions are becoming favourable for further advance of the southwest monsoon into some more parts of Karnataka, Rayalaseema, coastal Andhra Pradesh, entire Tamil Nadu and southwest Bay of Bengal during next 2-3 days. Going by the modular study, the monsoon is most likely to hit Odisha on June 10.

In view of the changing weather conditions, IMD has issued yellow warning in the following districts.

Heavy rainfall at one or two places over Ganjam, Gajapati, Puri and Jagatsinghpur.

June 10
Heavy to very heavy rainfall at one or two places over Gajapati, Ganjam, Puri, Khurda, Koraput and Nabarangpur.