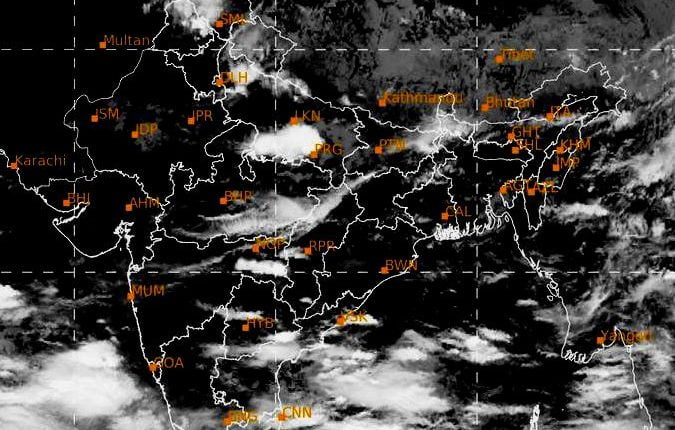 Bhubaneswar: India Meteorological Department’s (IMD) forecast of heavy to very heavy rainfall in most parts of coastal Odisha is likely to trigger flood situation in the state.

According to the director of the Centre for Environment and Climate (CEC) of SOA Deemed to be University, Sarat Chandra Sahu, a low pressure is likely to form around August 3 over the north-west Bay of Bengal and its nearby region. This low pressure is likely to be strengthened further with the merger of another low-pressure area moving from the South China Sea on August 4. This will precipitate heavy to extremely heavy rainfall across the state from August 3.

Well-known meteorologist Surendranath Pashupalak said that the low pressure after its formation on August 4 will move towards west in the next 24 hours resulting in the formation of a low-pressure area over Odisha, Chhattisgarh and the adjoining areas of Maharashtra.

The districts, which are expected to experience heavy to very heavy rainfall are Kendrapara, Jagatsinghpur, Puri, Khurda, Cuttack, Nayagarh, Ganjam, Kandhamal, Balangir, Dhenkanal, Angul, Sonepur, Boudh, Nuapada, Nabarangpur, Sambalpur, Bargarh, Jharsuguda and Kalahandi. However, the north Odisha districts of Balasore and Bhadrak will have comparatively less rainfall, he pointed out.

Stating that the average rainfall during the period will be over 120 mm, he said that there is a possibility of flood in the major rivers in the state due to heavy rainfall in the upper catchment areas.