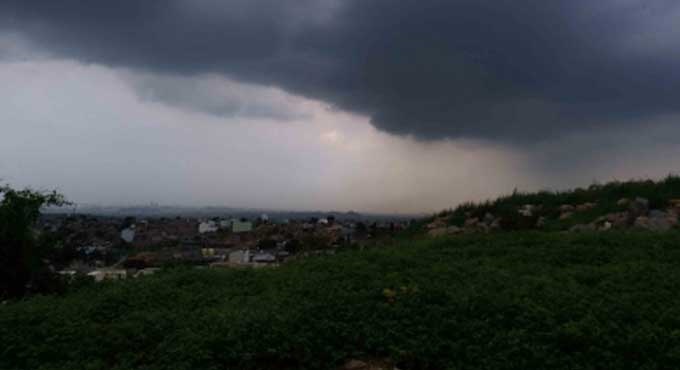 Bhubaneswar: Major river sub-basin areas in Odisha are unlikely to witness any heavy rainfall activity over the next five days, according to India Meteorological Department (IMD).

Releasing a river sub-basin-wise quantitative precipitation forecast (QPF), it said a cyclonic circulation now lies over East Jharkhand and the neighbourhood. Sub-basin areas of most of these ten rivers are likely to receive rainfall ranging between 1 mm and 10 mm till September 1.

As per QPF categories, rainfall volume in the Upper Brahmani sub-basin is likely to be from 11 mm to 25 mm on Sunday and in Budhabalang, Baitarani and Upper Brahmani areas and on September 1, it said.

Noting that none of these river sub-basins will face a dry spell during the period, it said many places in Budhabalang, Baitarani and Upper Brahmani areas will experience rainfall activity on Monday. Most of the sub-basin areas are likely to witness light to moderate rainfall till September 1.

Rainfall ranging between 75 mm and 100 mm is likely to occur in all these ten river sub-basins. 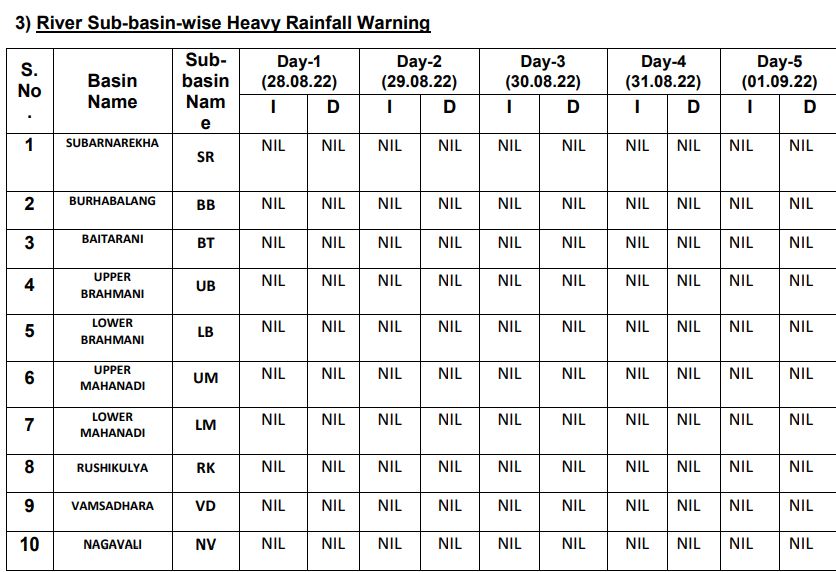