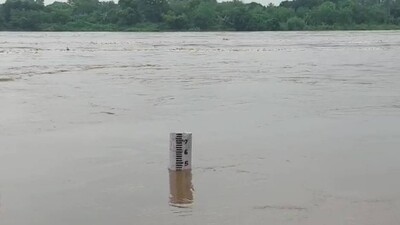 Bhubaneswar: Amid the possibility of heavy floods in the Subarnarekha, the Odisha government on Sunday delegated the powers of the Special Relief Commissioner (SRC) to Balasore district magistrate to manage the emergency situation.

“Under orders of @Naveen_Odisha @CMO_Odisha @SRC_Odisha delegates powers of SRC to @DBalasore to manage the emergency situation arising out of the high floods in Subarnarekha,” SRC Pradeep Jena tweeted

One helicopter has also been placed in the district to tackle the emerging situation, he added.

Meanwhile, Jena told the media that nearly 6 lakh cusec water is passing through Galudihi barrage. “Water is flowing 4mt above the danger mark at Jamsola. Baliapal, Bhograi, Jaleswar and Basta will be affected,” he said.

The SRC further said that the impact of the flood will be severe compared to that in 2008. “There’s a possibility of the situation getting worse, so we need to remain alert. We hope there will be no flood-like situation in Budhabalanga,” he added.