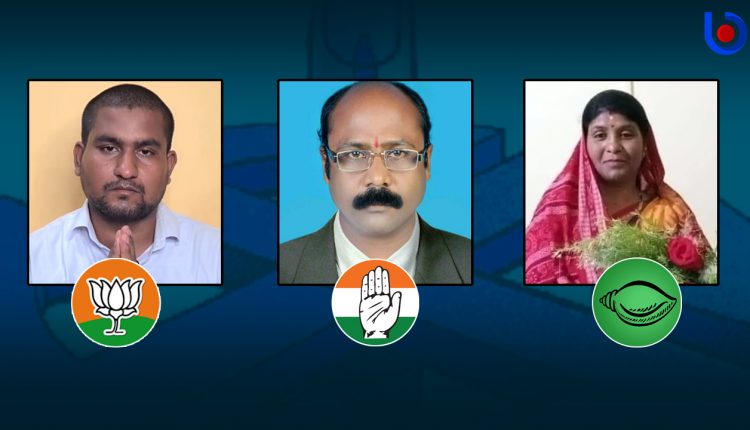 Bhadrak: The high-voltage campaign for the bye-election to Dhamnagar Assembly constituency in Odisha came to an end after reaching a crescendo on Tuesday.

The fortnight-long campaign witnessed whirlwind tours of the constituency by top leaders of all the major political parties including BJD, BJP and Congress, while the electioneering reached its peak during the last leg with the candidates and their supporters undertaking door-to-door canvassing.

In the run up to the bypoll, the constituency also witnessed acrimonious scenes with leaders of major rivals, ruling BJD and opposition BJP, trading charges and accusing each other of indulging in electoral malpractices.

As the political parties intensified their campaign in a last ditch effort to woo the voters, Union Minister Dharmendra Pradhan toured the Assembly segment and held roadshows to seek votes for the BJP candidate. Union Minister Bishweswar Tudu and a battery of BJP leaders had also hit the campaign trail to bolster the poll prospects of the saffron party candidate Suryabanshi Suraj.

For the ruling Biju Janata Dal (BJD), Chief Minister Naveen Patnaik launched a virtual campaign for party candidate Abanti Das on Monday, while a number of ministers and high-profile leaders stepped up their last efforts.

Adding glamour and glitz to the pre-poll scene, Ollywood actress Varsha Priyadarshini hit the campaign trail on the final day to seek vote for the BJD candidate for the November 3 bypoll.

Altogether five candidates are in the fray in the by-election for which polling will be held from 7 AM to 6 PM on November 3 in the constituency where a total of 2,38,417 voters are eligible to exercise their franchise.

Dry day has been declared in the district from 6 PM of Tuesday till 6 PM of November 3 and on day of counting on November 6.  Model Code of Conduct is in force since October 3.

Four companies of Central Armed Police Forces (CAPF), including two from the Central Reserve Police Force (CRPF) and two from the Border Security Force (BSF), are being deployed for the bye-election to ensure peaceful and fair polls. This apart, 10 platoons of Odisha police have also been deployed.

Two central observers have been deployed for the bye-election. Meanwhile, postal ballots of 496 voters have been collected and electoral has been finalised, printed, and distributed.

A total of 1108 polling personnel are being deployed for the bye-election. Webcasting will be done in 50 percent of booths. The dispersal of polling personnel has already been done. In all, 106 booths have been identified as sensitive booths. Besides webcasting, some micro-observers will be deployed at these booths.