Hockey World Cup: SRK Thanks Odisha For All The Excitement 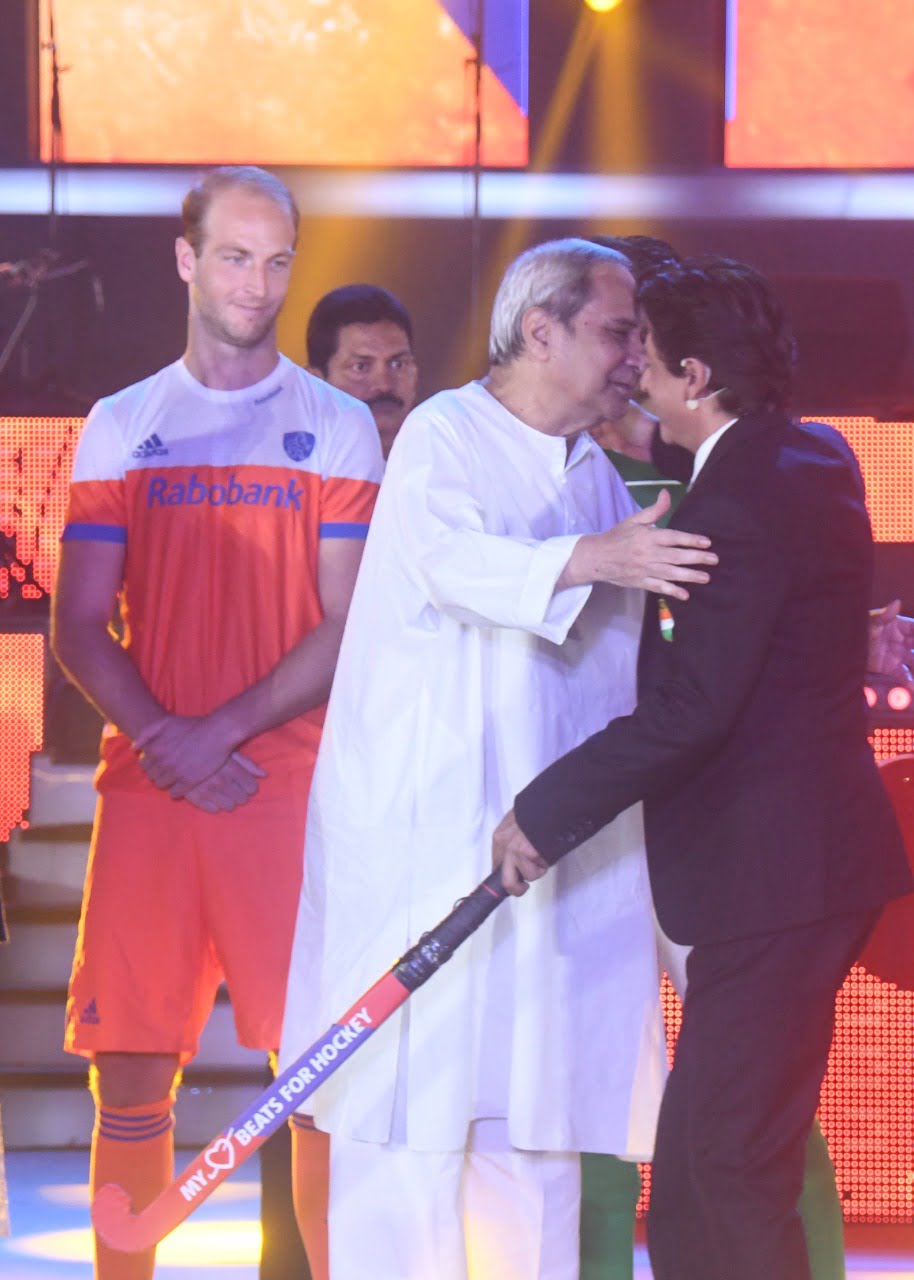 Thank u Odisha for all the excitement, love & the grand beginning to the World Cup Hockey. @naveen_odisha it was lovely to meet u sir. To all the players have a great tournament….& yes..Chak De India! pic.twitter.com/bQ2BajiG7O

Keeping his promise with fans, SRK arrived for the opening ceremony at Kalinga Stadium here in a chariot before getting onto the state with the Chief Minister and 16 captains, delivering his famous dialogue from the iconic movie ‘Chak De India’.

King Khan was at his charming best as he recalled his days playing the sport. “I did play a little bit of hockey in school and college. I used to play as a centre forward, and right opposite me was obviously a goalkeeper,” he said.

He had also played a hockey coach in the 2007 Bollywood flick, Chak De! India.

“This is the most important tournament of the world. Because it is our sport, it is our hockey and there is no more special game than field hockey. And what sets it apart is that it is an amalgamation of a lot of emotions, thought and lots and lots of action. It involves guile, strength and stamina. It is a sport that involves artistry. Players are not mere players, they are artists,” he said.

In October, Indian hockey captain Manpreet Singh asked SRK via Twitter if he would be a part of the hockey tournament and support them.

SRK replied saying he would jump at the opportunity. “I wish you and our team the best. Hockey is the pride of India. We will cheer Chak De India! Thank you for thinking of me. #HeartBeatsForHockey.”

Later, Odisha CM thanked SRK for pledging support to the Indian hockey team and invited him to the opening ceremony, which he accepted.

What A Show! A Spectacular Beginning To Odisha Hockey Men’s World Cup