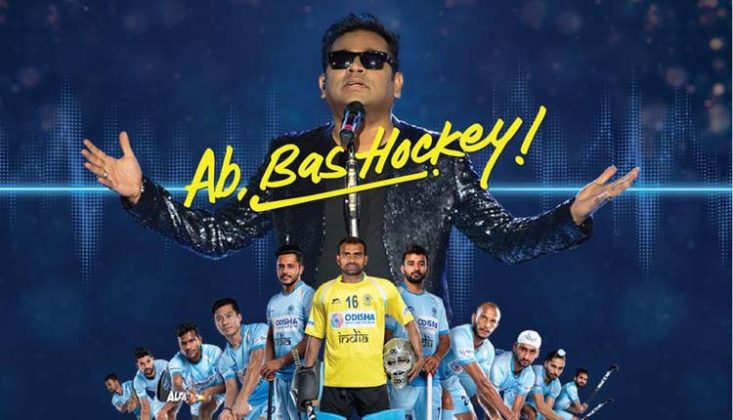 The trailer of the song will be released on November 18, according to a tweet from the award-winning music composer himself.

Teaser of the much awaited Orissa Hockey song is going to be released on 18th ..Sunday evening ….Thanks for your patience and love !

According to a report published by SportStarLive, the song showcases the ‘new India’ and features hockey footages — from grassroots to the elite — from the country.

“My team and I shot this music video after nearly two decades of having created ‘Vande mataram’. ‘Jai India’ has given me the privilege of singing in India’s honour as we get ready to host the Hockey World Cup in Odisha next month,” Rahman said, adding that while he and Gulzar were extremely excited about the project, having Shah Rukh in it made it even more interesting.

As reported earlier, A R Rahman would be performing live at Kalinga Stadium during the inaugural ceremony on November 27 and Barabati Stadium in Cuttack the following day.