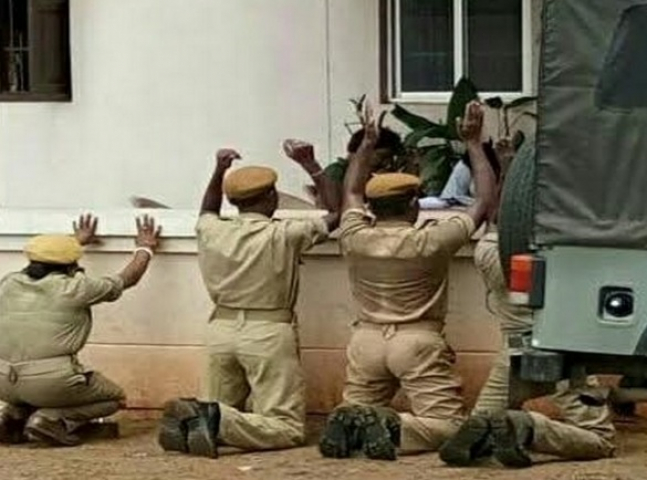 Baripada: Director General of Police (Home Guards) Binay Behera on Wednesday sought a report from Mayurbhanj SP over reports of four home guards, including a woman, being forced to kneel down with hands up by reserve police inspector Ashok Kumar Sethi at Baripada in Mayurbhanj district for not adhering to the dress code.
“The home guards were punished as they were found wearing casual shirt with khaki pant during Rath Yatra duty. I asked them to kneel down for three minutes only to discipline them and make them work more effectively,” Sethi said.
The incident took place on June 25, but the matter came to the fore on Wednesday after the photograph went viral in social media.

OHRC seeks report on ‘kneel down’ punishment to…