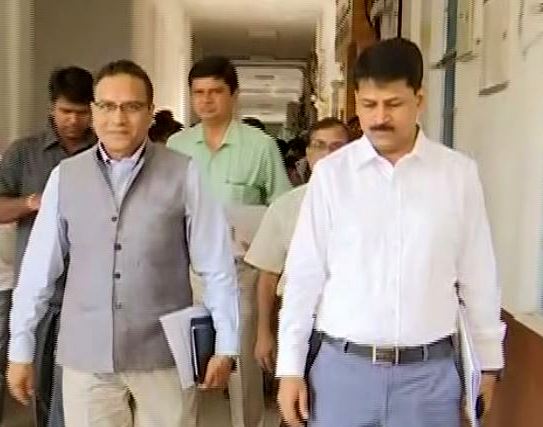 “We had a positive first round of discussion. From the national perspective, we are hopeful that Odisha will join Ayushman Bharat, which is a win-win scheme as it has national portability. I believe that the people of the state because if they join the scheme, they can use its services anywhere in the country. I am hopeful that we will reach a conclusion very soon,” Indu Bhushan told mediapersons after a high-level meeting with the Chief Secretary, Aditya Prasad Padhi at the State Secretariat here.

Stating that the state government has a very good and strong health scheme, he said “Our challenge is how to converge Ayushman Bharat with the existing health scheme of the state and we will make all efforts to do this,” he said.

Asked whether the state government will suggest any changes in the Central health scheme, he said he will have a meeting with the health minister and hopefully with the Chief Minister on this matter in the next couple of weeks to find a solution for the convergence of these two health schemes.

To a question on whether there are any conditions of the state government, he said there are no conditions. “We just need to find out how to share the expenses in public hospitals. The state is providing free services to the beneficiaries in public hospitals regardless of the disparity in income. We have to look into this aspect and find out a way to share these expenses. We have to work out a formula, which will be transparent and can be audited in line with the Cabinet decision on Ayushman Bharat.

Briefing the media, Chief Secretary Aditya Prasad Padhi said in a preliminary round of discussion held with the NHA team, the meeting discussed details of Ayushman Bharat and Biju Swasthya Kalyan Yojana (BSKY) schemes. The decision to accept the national health scheme will be taken after two-three rounds of discussion.

On the sharing of the budget between the Centre and the state for implementation of Ayushman Bharat, Padhi said there was no discussion on this matter. “At the moment, I cannot tell you what will be the outcome of the meeting unless we reach a common ground. Once it is decided, we can proceed further,” he pointed out.

It may be mentioned that barring Odisha, Telangana, New Delhi and West Bengal, the remaining states in the country have implemented Ayushman Bharat.