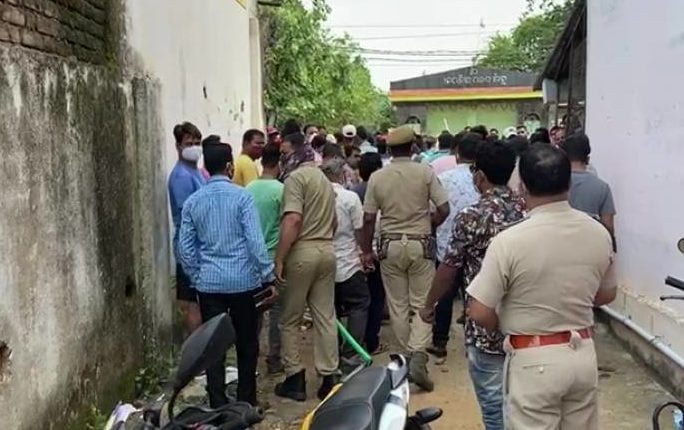 Balangir: Police rescued three members of a family, who were held hostage by a gun-wielding youth in their house at Shantipada here on Tuesday morning.

Till reports last came in, efforts were on to nab the youth.

Dibya Lochan Hota, the head of the family, said the youth barged into his house while he was performing puja in the morning.

“I had never seen him before and presumed that he was an electrician. Before I could say anything, he took out a pistol from his pocket and asked me about the whereabouts of my niece. When I told him that she had left home for work at Bhima Bhoi Medical College and Hospital, he asked me to call her. The youth then pointed the pistol at my son and threatened to kill him. Sensing trouble, we ran into a room, locked it from inside and then called the police,” Hota said.

On being informed, a team of Town Police led by the Sadar SDPO rushed to the house.

Police initially tried to convince the youth over phone to release the family members. A delegation of journalists was then sent in to negotiate with him. The youth, however, hurled abuses at them and threatened to kill himself if they tried to persuade him.

Police then summoned his brother and his mother to convince him to release the family members. While they engaged in a conversation with him, a team of police wearing bullet-proof jackets entered the first floor of the house from a backside window and brought Hota, his wife and son down with the help of a rope and ladder.

Later, Balangir SP Nitin Kushalkar arrived at the spot and entered the house wearing a bullet-proof vest. However, the youth locked himself inside a room.

Talking to mediapersons, one of his friends identified him as Bikram Panda and said that he was in love with the girl who stayed in the house. “Bikram was upset as the girl’s family members had fixed her marriage to someone else,” he added.

He further said that his friend had no criminal antecedents.

“Bikram is a quiet, soft-spoken and well-behaved person. All his friends including me have never seen him behave roughly with any person. Maybe, he is mentally disturbed after hearing about the ring ceremony of the girl,” he said.

However, he could not say whether they were in a relationship or it was a one-sided love affair.