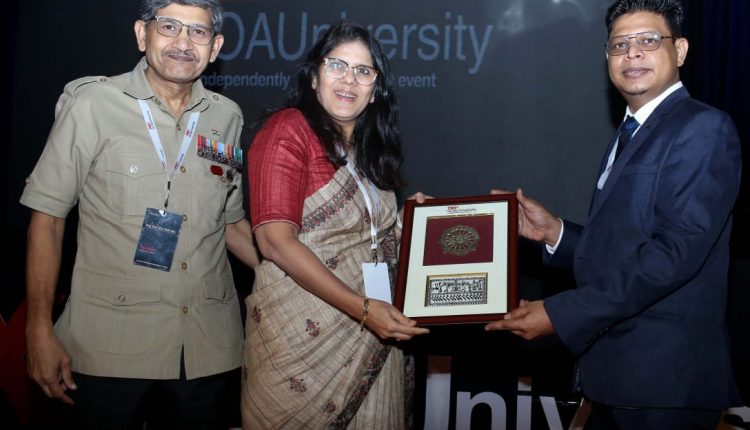 The senior army officer, with the experience of battling militancy in Kashmir, spoke about the transformation of a Pakistan-trained militant who is serving as a Havildar in the Indian Army today.

“After he was apprehended, he must have thought he would be eliminated… but we took care and got his injured leg treated, tried to understand his feelings and made efforts to help him get back to the mainstream,” said Maj. Gen. Mor, who was Company Commander of Rashtriya Rifles unit — stationed in Anantnag — which was engaged in intense counter-terror operations at that time.

The militant, belonging to Harkat-ul-Jihad-al-lslami (HuJl), was apprehended from a village in Anantnag in December 2001.

Hailing from Kishtwar region, he was transported on horseback to his hideout in a remote village across the Sinthan pass, a desolate area on Pir Panjal ranges, and his nabbing was reported to Army headquarters and police.

Maj. Gen. Mor recalled that the militant was taken for interrogation to the Joint Interrogation Cell at Srinagar by the police. However, he was brought back to Anantnag after a few days so that the Army could conduct operations based on information provided by him.

“As he recovered slowly, I made it a routine to meet him once every day. We got talking after initial hesitation and I got to know that he came from a humble background and had studied up to class X,” he said.

The militant opened up to the Army officer and told him how he had joined HuJl and travelled through an inhospitable terrain to cross over to Pakistan where he was trained for two years to be a terrorist.

“We gradually developed a bond as we started spending more time together, but he was worried about his parents as they would have assumed him to be dead by then,” said Maj. Gen. Mor, who was part of the UN Peace Keeping Force in Mozambique in 1993-94 and was awarded the SENA Medal and Coomendation Card for gallantry.

“l asked him to write a letter to his father to inform him that he was safe with the Army. His father then travelled to Anantnag to meet his son. The joy of seeing a father meet his son whom he had given up for dead will remain an unforgettable experience,” the Maj. Gen. remembered.

The young man, who was asked to work in the kitchen as he became healthy, provided the army tips on how to operate in the jungles and high mountain tops of the south Kashmir terrain, Maj. Gen. Mor said.

“One day he told me that the image of Indian army painted in the minds of militants was totally wrong. With his life back on track, I decided to find gainful employment for him. We ensured that the case against him for terror activities was dropped and he started training to become a jawan in the Indian Army,” he said.

He became a Havildar thereafter, and could be promoted to the rank of Junior Officer in a couple of years. Maj. Gen. Mor informed the Havildar got married and built a decent house in Kishtwar.

“We speak every Diwali and Eid,” he said.

The TEDx event was held in a state-of-the-art 500-seat auditorium at SOA’s Institute of Agricultural Sciences (IAS), faculty of agricultural sciences, which was earlier inaugurated by Saswati Das, Vice-President of SOA.