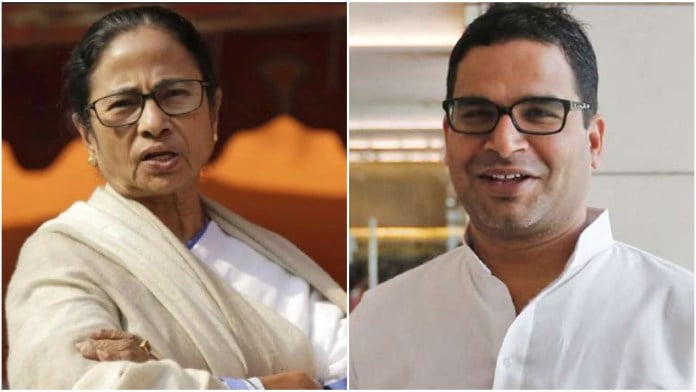 Kolkata: The most talked-about election strategist in India, Prashant Kishor (PK) has been in the news of late as the West Bengal elections were on. Right from the time, when he was appointed as the chief strategist for Mamata Banerjee-led Trinamool Congress (TMC), he has generated headlines.

On Sunday, Kishor announced that he is retiring from election management after helping the TMC win the assembly polls by a comfortable margin. Naturally, the unexpected declaration has put everyone in dismay. In a television chat, he said that he was thinking of quitting for long and that Bengal gave him that chance. There have been speculations on his joining the political bandwagon once again.

And, he has not ruled out the possibility either.

Kishor, though, is not new to being part of a political party. He had joined the Janata Dal (United) in 2018 but then he parted ways after his criticism of the party chief Nitish Kumar. Sometime later, he got associated with the TMC in Bengal.

Kishor, who first came into the limelight in 2014 after helping Bharatiya Janata Party win big in the parliamentary elections that year. Earlier, he worked closely with the then chief minister of Gujarat Narendra Modi get re-elected for the third term. Since then he has worked for many political parties in India with some success.

Just before the assembly election dates were announced, Kishor was in the headlines, when he was seen going to the then state transport minister Suvendu Adhikari along with TMC MP Saugata Roy and Mamata’s nephew and MP Abhishek Banerjee. Kishor was there to bring about a rapprochement between Mamata Banerjee and the dissenting Adhikari, who was on the verge of joining the BJP. Unfortunately, the meeting was not fruitful as the very next day Adhikari announced his resignation from the party.

There were reports that many of the TMC leaders were not happy with the functioning of PK and the alleged projection of Abhishek Banerjee as the next chief minister.

In a tweet on December 21, last year, PK wrote: “For all the hype AMPLIFIED by a section of supportive media, in reality BJP will struggle to CROSS DOUBLE DIGITS in #WestBengal.”

As a post note, he added: “Please save this tweet and if BJP does any better I must quit this space!”

It was then thought that PK would quit Bengal and move on if he failed to come up with a good show for the TMC. But, on Sunday it became clear he had something else in mind.

Then again, as West Bengal went to polls in the fourth phase in the middle of the month-long assembly elections, Prashant Kishor, chief strategist for the Trinamool Congress (TMC) in a series of ‘leaked’ audio tapes on the social media could be heard talking about how Prime Minister Narendra Modi is immensely popular in Bengal and that it will play a role in BJP’s fortunes in West Bengal.

In that context, in a series of tweets BJP IT cell head Amit Malviya claimed that Mamata Banerjee’s election strategist has conceded defeat. In his tweets, Malviya alleges that Kishor is accepting that BJP would win in Bengal. The four audio clips are reportedly part of a conversation between PK and a group of senior journalists on the Clubhouse app.

In the first clip, PK could be heard accepting anti-incumbency in Bengal and Modi’s popularity. PK allegedly said in the clip that there are a percentage of people who see god in Modi.

The second clip allegedly is about 20 years of Muslim appeasement in Bengal. In the third clip, he could be heard allegedly speaking about polarization and Matua votes.

But PK, who has his consultancy firm I-PAC, was quick to issue a rebuttal on Twitter. He wrote: “I’m glad BJP is taking my chat more seriously than words of their own leaders!. They should show courage by sharing the full chat instead of getting excited with the selective use of few parts of it. I have said this before and repeating again – BJP will not cross 100 in WB. Period.”

Then again there was a letter doing the rounds on social media, which showed that Prashant Kishor was appointed principal advisor to the chief minister of Punjab, Capt. Amrinder Singh, in the rank and status of a cabinet minister on March 31. Spokesperson BJP Delhi Tajeinder Pal Singh Bagga had tweeted: “Didi Ki vidai ke baad apna intejaam krte Prashant Kishore”, where he also attached the letter from the Punjab government.