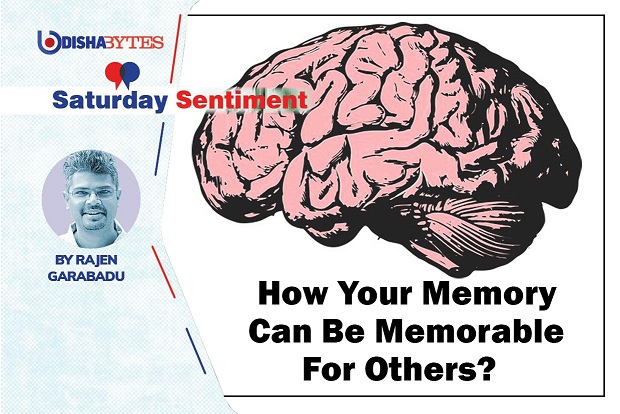 How good is your memory?

If I could make one wish that would turn true, I would wish for good health. If I was granted an extra wish as a bonus, I’d seek a good memory.

I have an average memory. But I’ve memorable experiences with those who forget nothing. Make that almost nothing. Just to be legally safe.

A dear friend who topped school was seated ahead of me during an examination. While writing an answer, he could not remember the lines properly. He put the cap back on his pen and placed it on the desk. He sat back and closed his eyes. He opened the book in his mind and turned to the page which had the answer. In a few minutes, it all came back to him. Word for word.

Subrata Ghosh told me this story after I quizzed him about why he took a break in the middle of the exam. That’s when I best understood the meaning of photographic memory.

Many years later, I produced and directed a popular news debate show on television. We would record for 45-50 minutes every week. But our content time allotted rarely exceeded 40 minutes. Which meant we had to trim the show each week before we published it. In those days, eight out of ten times, the content was riveting. Almost every line delivered on the show was gold. What do you omit in such an engaging debate? I faced this dilemma each week.

Rajdeep Sardesai, the show presenter, remembered each line from every participant in the debate. When I sat on the post-production, I had the benefit of rewind and replay. He would leave the office after the show and call me a few hours later to check which part I had edited out. On most occasions, he would agree with my decision. Occasionally, he would suggest an alternate cut.

He would recollect the lines from his memory. I would make a note of it. After the call, I would wind the tape to look for the suggested portion. And I would find that he not only remembered the lines accurately but he also got the sequence and timing right, in terms of when exactly those lines appeared during the show.

I am awestruck when I find people who remember it all. Especially when it concerns details about other people. Remembering things of your own or those that can benefit you is one thing. But remembering finer details about others who may not be part of your inner circle (or even outer circle) is altogether different.

A month ago, I published a tribute to Dr V Krishnamurthy who at the age of 74 had remembered a 10-minute conversation four years after meeting with this writer, who was then a 21-year-old-novice-in-his-first job. Because he cared to remember.

He had just met me twice. And we may not have ever met again, had it not been by chance. But he still remembered.

Twenty-three years later, I am still amazed when I recollect that moment. I believe there would be others like me who have similar experiences with the great man. Or with other great personalities.

When You Care to Remember

You may or may not be known for your memory but you will tend to remember what you care about. Take, for instance, the birthday of a near or dear one. You can keep adding to the list of stored birthdays in your mind’s memory chip if you are keen to remember.

When you expand your memory bank to include your life incidents with other people you meet, the effect of such gestures on the receiver, when used later, can be profound. They will be touched that you cared to remember. Which they may never forget in their lifetime.

The ability to remember little details about others is a gift. And it is priceless. Here’s the best part – you can own it.

Such a gesture on your part can mean a lot to others. You have the power to delight others which they are likely to treasure for life. You can exercise it at your workplace, in your neighbourhood or anywhere else you wish.

Use it and feel the difference it makes. In your life. And the lives of others connected to you.