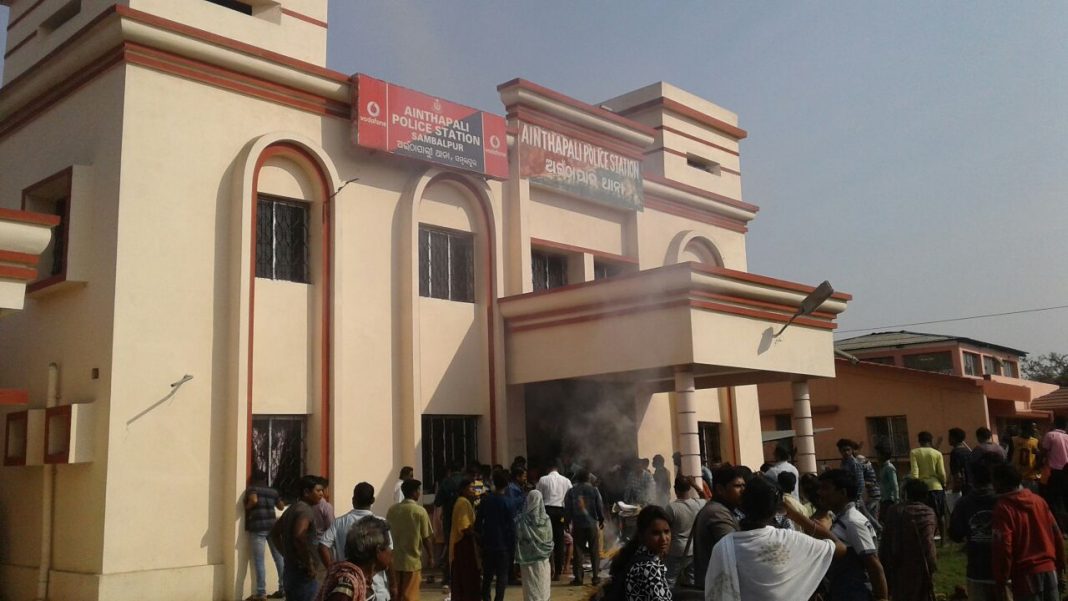 Sambalpur: Amid vandalism by hundreds of irate locals including women of Bhalupalli village who ransacked and torched Ainthapalli Police Station in Odisha’s Sambalpur district in the morning on Friday following the death of villager who allegedly committed suicide inside the police lock-up late on Thursday night, IG, Northern Range Sushant Nath said the Human Rights Protection Cell (HRPC) will probe into the lock-up death.

Talking to newsmen here, the IG, who rushed to the Ainthapalli Police Station along with SP Sanjiv Arora, said efforts are on to bring the situation under control.

While requesting the people to refrain from violence, he said police would take stern action against those involved in vandalism by taking law into their own hands.

Soon after the incident, Director General of Police (DGP) RP Sharma directed the Additional Director General (ADG), HRPC to probe into the alleged lock-up death. He also directed the Northern Range IG to independently probe into the incident and submit a report at the earliest. He also asked the SP and the District Magistrate to submit a detailed report.

Sharma assured that stern action would be taken against whoever responsible for the death of the accused.

Meanwhile, Additional Director General (ADG), HRPC, Mahendra Pratap said as per the directive of the Director General of Police (DGP) a three-member HRPC team will arrive in Sambalpur later in the day on Friday. The team, comprising of HRPC SP, DSP and an official will be assisted by the Sambalpur SP during the investigation which will be done as per the guidelines of the National Human Rights Commission (NHRC), he added.

Several people were injured while some of them were admitted to district headquarters hospital after they were lathi-charged by the police. Besides, several policemen were injured as the irate mob hurled stones at them.

Meanwhile, the DGP has placed the IIC Srimanta Barik, Diary Charge Officer (DCO) and a sentry of Aithapalli Police Station under suspension for dereliction of their duty.

Till reports last came in, vehicular traffic has come to a grinding halt on Kolkata-Mumbai road following the incident. The passengers inside their vehicles are found in a state of panic while witnessing the violence.

Meanwhile, two Fire tenders rushed to the spot and doused the fire in the police station after the police dispersed the rampaging mob.

As informed by former DGP Sanjiv Marik, as per the Criminal Procedure Code (CrPC) guidelines, the police after the arrest of the accused must inform the family members about the reason of his/her arrest. “But going by the incident that took place in Ainthapalli Police Station and the statement of a kin of the deceased to the media, it seems that the police has failed to adhere to the CrPC guidelines,” he pointed out.

Expressing profound grief over the death of the person inside Ainthapalli Police Station, Chief Minister Naveen Patnaik announced Rs 5 lakh as ex gratia to the next of the kin of the deceased on compassionate ground. The Chief Minister also conveyed his deep sympathy to the bereaved family.

One Dead As Jumbo Herd Wreaks Havoc In Rourkela