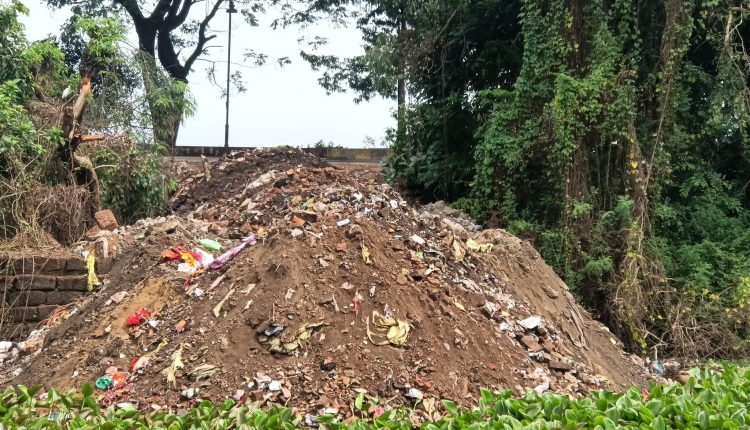 Cuttack:  After dumping of a huge volume of debris in the moat of the historic Barabati Fort caused confusion among residents of Odisha’s Cuttack city, Archaeological Survey of India (ASI) officials said it will be removed once an ongoing renovation and conservation work is complete.

The matter came to light after actor-turned-politician Sritam Das in a Twitter post urged the local administration to take necessary steps to remove the debris and prevent it from getting buried.

Following his tweet, a team of city police personnel visited the site and detained some vehicles carrying the debris.

City Mayor Subhas Singh told the media that the civic body would seek details on the matter from the ASI’s Bhubaneswar Circle as the fort and its moat are protected monuments of the agency. He added that the Cuttack Municipal Corporation (CMC) has little role in the matter.

As the residents of the millennium city were left confused, Superintending engineer, ASI, Bhubaneswar Circle, Arun Mallick said that a temporary road is being constructed to set up a cofferdam for dewatering the moat to facilitate renovation and conservation of its inner wall on one side.

Once the renovation work is complete, the construction and demolition debris will be removed from the moat.

However, locals were of the view that proper information should have been given to the public regarding the work. They underlined the need for proper coordination between the ASI, the CMC and other agencies regarding their activities.