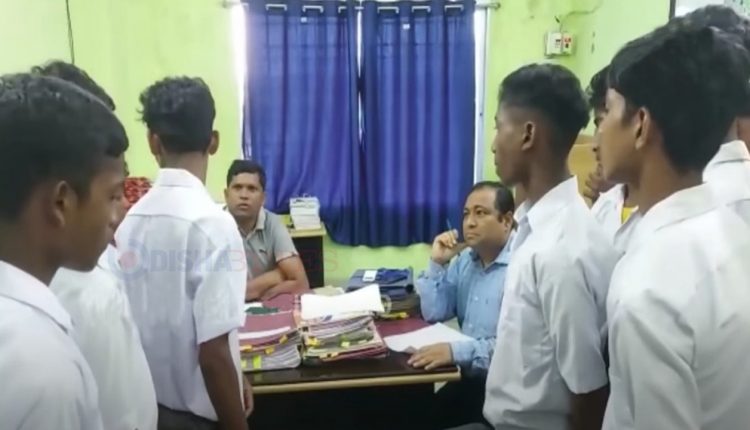 Malkangiri: The headmaster of Mariwada Ashram School was transferred and two assistant teachers, Ranjita Behera and Srikumar Dora, placed under suspension after more than 20 students walked 20 km to meet Malkangiri Collector Vishal Singh over ‘mess’ in their hostel recently.

More than 20 boarders of the school had met the collector and complained about several irregularities in their hostel on September 3. The students had accused the hostel superintendent of selling rice outside the school. They had further alleged that a teacher was asking them to do odd jobs in the school.

Following the death of two hostel inmates due to some unknown disease, the headmistress of Kolaganda Ashram School in Podia block, Sabitri Mondal, has been also suspended. Matron Manika Sikdar and Podia welfare extension officer Bharat Guru have been served show-cause notice, while cook-cum-attendant Jogi Madkami has been dismissed from service.