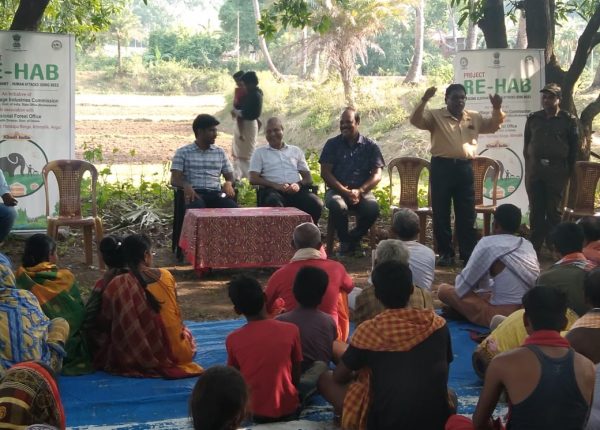 The KVIC under Union Ministry of Micro, Small and Medium Enterprises has started the pilot project of RE-HAB around Laxmipur and Rathipur villages in Angul.

As part of the project, beehives have been placed on elephant passages around the two villages under Athamalik Forest Division. CCTV and trap cameras have also been placed to observe the reaction of elephants to the bees on their path.

If the project becomes successful in preventing the elephants from intruding into the villages, it will be extended to other villages vulnerable to elephant attacks, said a KVIC release.

Since the bees normally abandon their hives in the rainy season, KVIC and officials of Forest department held a an awareness camp at Laxmipur on Tuesday. Samir Kumar Mohanty, state director, KVIC and B Anand, DFO, Athamalik Forest Division along with the officials interacted with the villagers and advised them to take care of bee colonies in the ensuing rainy season.

Last year, the KVIC had rolled out RE-HAB in Assam and Karnataka with assistance of Forest department of the two states to prevent intrusion of elephants into human habitation.

It has been empirically established that bees can be effectively used to prevent human-elephant conflict to save the lives of both elephant and humans as well as the crops.