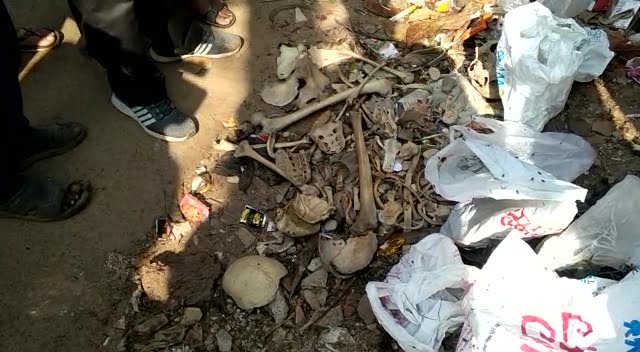 Bhubaneswar: Panic gripped Nayapalli in the Odisha capital on Friday after a human skeleton was found inside a dustbin.

According to reports, the sweepers of the Bhubaneswar Municipal Corporation (BMC),while  dumping the garbage in a dustbin in the IRC Village area early in the morning, noticed a human skeleton wrapped in a polythene bag and informed the locals.

On being informed, the Nayapalli police rushed to the spot and seized human skull and bones inside the polythene bag.

“We will send the skeleton to the State Forensic Laboratory for a DNA test to identify the gender. On the basis of the report, we will begin the investigation,” police said.