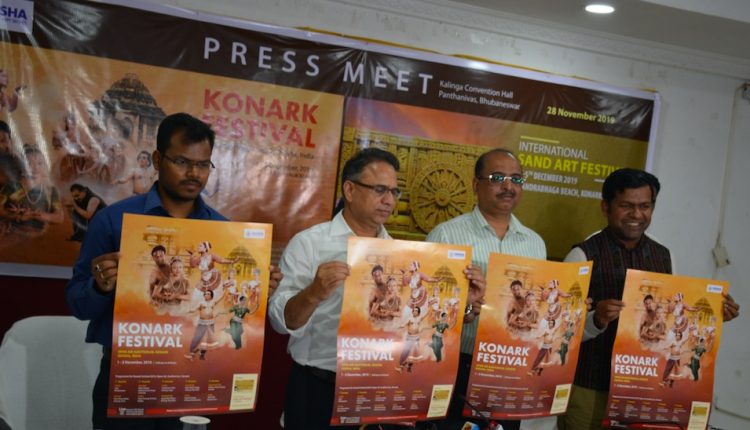 It’s that time of the year again. The torrid rains and storms of monsoon months have given way to autumn and mild winter, also marking the beginning of tourist season in most parts of India, especially Odisha where the weather conditions tend to be hot and humid for most part of the year.

Odisha, which has been part of religious Indians’ travel itinerary for centuries, has lately been organizing festivals to attract artists and artistes and art aficionados. Two such festivals are Konark Dance Festival and International Sand Art Festival. Both the festivals are being organized at Konark – Odisha’s premium tourist destination, for some years now.

Konark, a town that comes under Puri district in Coastal Odisha, is the site of the 13th Century Sun Temple also known as the Black Pagoda. The Sun temple that was declared a UNESCO World Heritage site in 1984, has been playing host to the Konark Dance Festival since 1986.

This year, the 30th edition of the Konark Festival, which is organized by the Odisha Tourism, will be held at the open-air auditorium with the magnificent Sun Temple as the backdrop, from December 1 to December 5 between 6 and 8 in the evening.

The dance festival showcases the best of India’s traditional and classical dance forms and offers interesting insights into the rich cultural heritage of India.

Leading Dance exponents and dance enthusiasts of most classical dance forms of India, including Kathak, Odissi, Bharatanatyam, Kuchipudi, Mohiniattam, and Balinese Dance Group from Indonesia will be taking part in this year’s festival.

The International Sand Art Festival, started in the year 2015, will be held coinciding with the dance festival, on the spectacular Chandrabhaga Beach, around 3 km away from the Sun Temple. This year, the eighth edition of the festival will have 123 artists from across India and one each from USA, Ireland, Denmark, Russia, Canada, Togo and Sri Lanka.