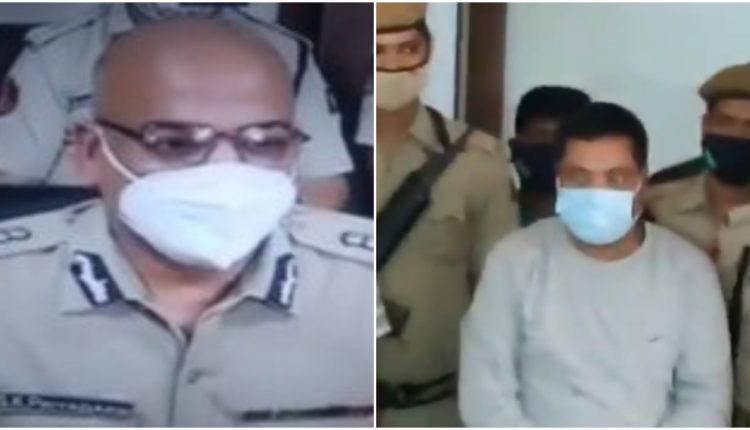 Briefing the mediapersons here, the CP said Hyder was shifted to SCB Medical College and Hospital here from the Sambalpur Circle Jail on March 23 and he escaped from the surgery ward at 4.40 pm on April 10. Police were informed about his escape at 7.30 pm.

Following the incident, the IIC of Chauliaganj and Badambadi police stations began a search operation.

“After interrogating Yakub Khan, who was arrested after he surrendered before the Chauliaganj Police, we came to know that the gangster had left Odisha. We too had suspected this since he was earlier arrested from Maharashtra,” he said.

Hyder was arrested from Nagpur for the murder of SK Chuna, brother of his arch-rival Suleiman in Kendrapada in 2005, and was awarded life imprisonment in 2011.

Stating that Hyder’s son and Yakub had helped him flee Cuttack in a car, he said that special teams of the Cuttack Commissionerate Police were sent to West Bengal, Maharashtra, Andhra Pradesh, Telangana and Jharkhand.

“In course of the investigation, police were tipped off about Hyder having gone to Telangana via Hyderabad on April 11. After getting more information through the technical surveillance of the Odisha Police, two special teams of the Commissionerate Police went to Telangana and arrested Hyder with the help of the two teams of Hyderabad and Telangana police,” Priyadarshi said.

Informing that Hyder will be produced in a court after a medical examination, he said that the police will pray the court to take him on remand to elicit details on the involvement of others in his escape.

The CP further said that police have detained eight persons, including three women who were in constant touch with Hyder. The interrogation of these eight detainees is underway, he added.