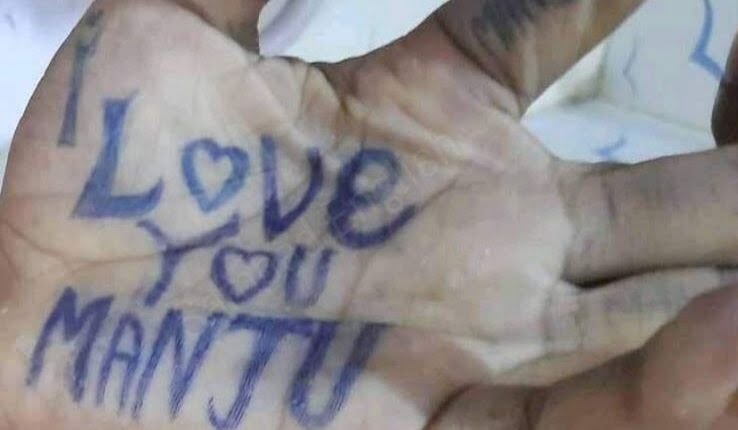 Bargarh: A prisoner, arrested two days ago for allegedly killing his wife, hanged himself on Tuesday at Sohela Jail in Odisha’s Bargarh district. Before taking his life, however, on his palm he wrote, “I Love You Manju (his wife)”.

The prisoner was identified as 35-year-old Mohit Rout of Petupali village. He hanged himself with a towel inside the prison.

He was taken to the Sohela Community Health Centre, where doctors declared him dead. The body was then sent for post-mortem. Rout allegedly killed his wife over a dowry-related dispute.

Incidentally, when Manju’s body was recovered, police had found ‘I Love You Mohit’ written on his palm.

Cyclone Asani May Brush Past Andhra Coast, Heavy Rain In Odisha From Tonight