I Was Impatient, Says Odisha Congress Leader Pradip Majhi On His Controversial Statement 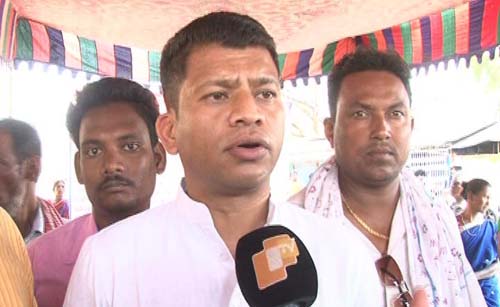 Bhubaneswar: Senior Congress leader Pradip Majhi, who had asked his party men to set vehicles on fire during the 12-hour bandh of the Nabarangpur district on December 26, on Saturday said that he had done this due to impatience.

“While there are frequent incidents of rape of women and minor girls in the undivided Koraput district, the police are yet to take any step in this regard. As I was terribly upset by such incidents, I had become impatient,” Majhi said in a letter to the AICC.

AICC had sought an explanation from the former Nabarangpur MP on this matter.

Talking to mediapersons, Odisha Pradesh Congress Committee (OPCC) president Niranjan Patnaik said that the Pradesh Congress has received his letter, which will be forwarded to the AICC for necessary action.

“From the letter, it seems Majhi had given the statement in a fit of emotion. He has regretted his emotional outburst and assured that he will abide by the ideology of his party henceforth,” Patnaik said.

Referring to the cases lodged by the police against Majhi for inciting violence, the OPCC chief asked how many cases had the police registered against former Chief Minister Biju Patnaik who had told his party men and the people to beat up the corrupt government officers?