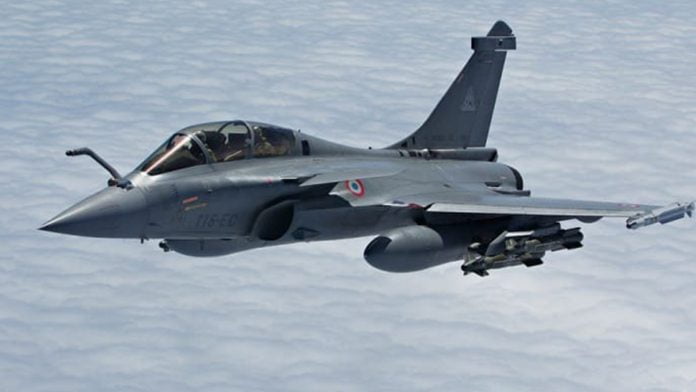 The fighter aircraft that took off from Kalaikunda airbase in West Bengal fired the missile, successfully neutralising the aerial target drone mimicking enemy aircraft at low altitude.  “All mission parameters have been met as the target was destroyed validating the missile’s launch envelope,” a defence official said.

Acquired from France, MICA is an all weather missile system available in both short and medium ranges. The fire-and-forget missile can be used both by air platforms as well as ground units and ships. Both Sukhoi and Rafale fighter aircraft will be equipped with the missile.

The 3.1 metre long missile having a diameter of 0.16 m weighs around 112 kg. It can neutralise targets within a range of 500 metre to 60 km. Of its two variants guided by radio frequency (RF) and infrared (IR), MICA-RF has an active radar homing seeker and MICA-IR has an imaging infra-red homing seeker. Both seekers are designed to filter out counter-measures.

The IAF had conducted two rounds of Russia-made R-77 air-to-air missile last week. Both the missions were conducted by the IAF with the logistic support from the DRDO.

Cancer In India: There Will Be 12 Per Cent Rise In Cases By 2025, Says Report